Last year, an estimated 25,000 people set out to climb Mt Kilimanjaro, Africa's highest mountain. In so doing, they ate approximately 110,000 snickers bars, drank 70,000 litres of tea, expelled 75 cubic metres of intestinal gas and used 962 kilometres of toilet paper. More significant for the rest of us, they also produced some 25,000 personal accounts of the climb, tales of altitude, aptitude and attitude that have been written up, blogged about or televised more times than Britney Spears' waist line.

With all this exposure, you'd be forgiven for thinking that a trek up Kili (as it's affectionately known by morons) would yield little in the way of surprises, every trivial twist and turn having been cogitated ad (altitudinal) nauseam in the pages of some glossy travel mag. Certainly this was my feeling as I embarked on the climb last month: there was nothing that could catch me unawares, right?

Well, it turns out I was wrong. And here in testament to the fact is a list of five things they don't tell you on the package.

Ants. Ok, so not a huge revelation, but a surprise none the less: for the first few hours of our trek we were constantly molested by angry blank ants. (Presumably we had disturbed their nests, which were dotted along the trail.) Even our guide, Thomas, was caught off guard, at one point having to strip naked to extricate some overly curious specimens. Thankfully for Thomas -- and any as-yet-unsired progeny -- the ants disappeared once we got to higher ground.

Flatulence. A bit crude I know, but this was truly the most surprising part of the climb: altitude plays havoc with your bowels! The final phase of the ascent, which covers the 1,200-odd metres from Kibo Hut (4,703 m) to Uhuru Peak (5,895 m), was without doubt the gassiest few hours of my life. I've since learnt that this is a common condition caused by the differential in atmospheric pressure. It even has a suitably stomach-churning name!

Snow. Or lack of, that should be. For the frozen crown of Africa immortalised by Hemingway is alas all but departed. When my father climbed the mountain in the early 1970s, the glacier spanned the entire summit, and his grainy black-and-white photographs showed squinting men silhouetted by the snowfall. Now, however, just a few chunks of ice remain, and soon the country's natural emblem will lose its top completely. 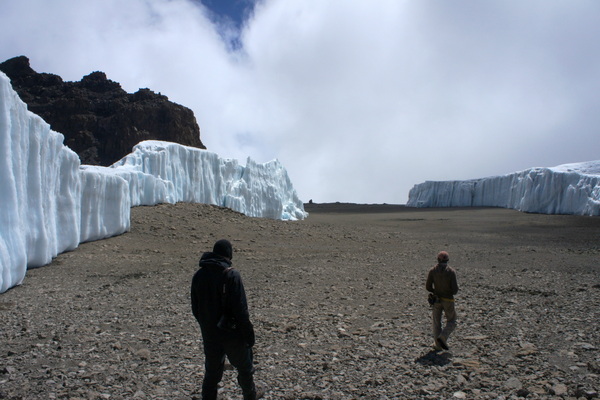 Difficultly. Believe it or not, climbing Kili isn't all that difficult. My pre-trip research had prepared me for five days of bodily torture, but in fact any hardship incurred was less physical than psychological. Providing one is spared the vice-like grip of altitude sickness, which can fell even the most seasoned of mountaineers, the going is relatively easy, albeit somewhat repetitive (a lot of going up, then a lot of going down). The only real obstacle between you and Uhuru is your own mind! Trite but true.

Dogs. Ok, this one's cheating a bit as it's not technically my own discovery, but it happened while I was on the mountain and it's too good to leave out. Reminiscent of the famous frozen leopard described by Ernest Hemingway, a stray dog was found alive and well on Uhuru peak, some 19,341 feet above sea level, where it appeared to have been living for some time despite the freezing temperatures and absence of a proper food source. According to our guide, this dog wasn't the first aimless-looking creature to be spotted skulking around on the summit. I didn't take it personally.

So there you have it: five tales of the unexpected from Africa's highest peak. With the probable exception of the snowlessness, prospective climbers may find none of the above on their own trek up Kili. Rest assured, though, the mountain's still got a few new tricks up her sleeve, not to mention an old dog or two to learn them. 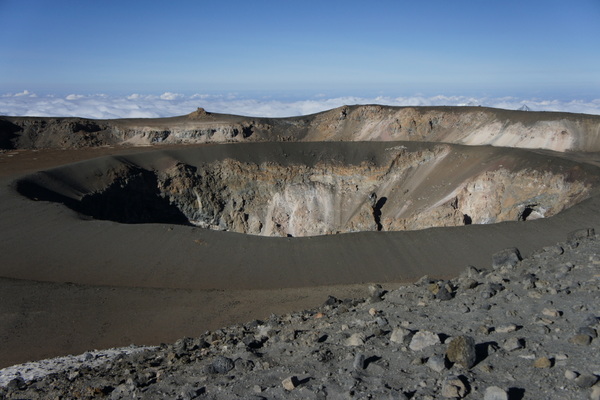