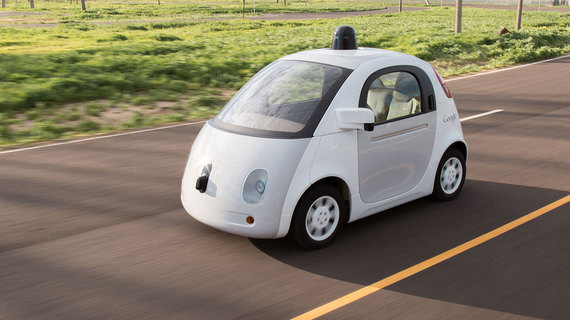 As per statistics from the World Health Organization, 1.2 million lives are lost each year to car accidents. Reckless driving, drunken driving and underaged driving are responsible for so many deaths worldwide. According to Google, by eliminating the human factor in driving, road accidents can be reduced by as much as a half through the use of autonomous vehicles. However, eliminating the human factor from road transport may also have some really serious and previously unprecedented consequences to public life.

Generally, choices made in situations like this tend to be impulsive, and as such, society doesn't blame a human driver for making an unethical choice at the spur of the moment, even if that results in avoidable deaths. However, the situation becomes infinitely more complex when artificial intelligence is brought into the mix. Every action needs to be scripted in previous to the incident, and therefore, what would have been an innocent accident could easily turn into premeditated murder.

The concept of artificial intelligence has always been a controversial subject in the field of technology. Can we trust machines to make near-human decisions? Can we entrust them with the duty to uphold the sanctity of human life? Can we depend on them to ensure the safety and security of the human citizen? Finally, how do we know that doing all this won't essential be the founding father of the judgement day?

A number of independent surveys have been conducted by several technological institutions to document public opinion on a possible solution to the problem of driverless cars making complex moral decisions like this, but the results have been far from offering a solution. In one such survey, Bonnefon and Co started out with the optimistic idea that people will be more happy to go forward with a solution backed by the majority. As such, they conducted a fairly large survey on hundreds of workers at Amazon's Mechanical Turk, asking them slightly differentiated questions to see how they reacted to the idea of driverless cars making ethical decisions on matters of life and death. Most of the surveyed supported the idea of minimizing the death toll in cases off an unavoidable accident, even though they themselves were not at all okay with the idea of driving in a car that would choose to pull the plug on them in order to minimize said death toll. On one hand, the majority of people would expect a driverless car to minimize the impact in case of an unavoidable accident, on the other hand, the same people would disagree from buying a car that could at times compromise their own lives in serious road situations. Thus, the results of the survey proved themselves to be selfish, unethical and largely inconclusive.

For a while, car manufacturers seemed to have finally found the wonder solution to this complex moral dilemma. If each car owner has a unique viewpoint as to how their autonomous car should react in situations of inevitable accident, why not offer each car owner the choice to alter the way their car reacts in cases of ethical choicemaking? By offering each owner the option to modify their car's response in case of an accidental scenario, manufacturers seemed to have found a satisfactory solution that worked for everybody. However, as people soon came to realize, the only accomplishment this thing had was to successfully shift the burden of insurance coverage from the manufacturer to the owner of the car.

So far, the idea of autonomous vehicles making their own ethical choices is shrouded in controversy. For now, that seems okay as a fully autonomous car still seems far from attainable and only semi-automatic cars are allowed to roam the streets. However, at the speed at which things are going, we may very soon come face to face with the point where we must decide upon this essential moral and legal dilemma. Is humanity prepared to choose yet?