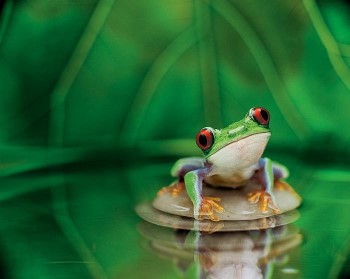 Feeling overwhelmed by civilization? Dreaming of getting away from it all? Before embarking on your great escape, you should know that these days we intensively manage all our "wilderness" areas, the wildlife you encounter out there will undoubtedly include exotic species that are wreaking ecological havoc, and that some natural resource managers now believe there is nothing we can or should do about these increasingly human-dominated "novel ecosystems."

Welcome to the Brave New Eco-World.

Once upon a time, conservation was all about wilderness, poetically defined by the Wilderness Act of 1964 as "...an area where the earth and community of life are untrammeled by man, where man himself is a visitor who does not remain." Like it or not, that era is over. First, there are no untrammeled areas left to preserve. (In the present Tea Party Era, we also seem determined to trammel our existing natural areas as fast as possible.)

Second, even the wildest species and their habitats are now directly affected by humans because things like pollution, poisons, and genetically engineered organisms are no longer confined to our cities and farms. Consequently, your average polar bear must now survive DDT and PCBs, zealous hunters, and of course all those melting icebergs due to human-induced climate change..

Clearly, the good old days of merely stopping the bulldozers, preserving the land, and guarding our treasures are gone. Yet the time, money, and ethical dilemmas required to combat today's environmental threats have now led some prominent scientists and environmentalists to abandon the concept of wilderness-style preservation.

Some argue that wilderness is a misguided abstraction based on a Garden-of-Eden type myth. For instance, they point out that some of the most biologically diverse and impenetrable tropical rain forests are literally growing out of the ruins of once extensive and sophisticated pre-European civilizations. Similarly, the nine million acres of land that were instantaneously "preserved" by the Wilderness Act had long been (and in some cases were still being) intentionally managed by indigenous people. As the native American writer Leslie Marmon Silko put it, "Wilderness is where you don't know the stories."

To the horror of the mainstream conservation community, some of its own intrepid foot soldiers have begun to give up the good fight for more practical reasons. For example, after 20 years of fighting nonnative species in the Galápagos, Mark Gardener, the leader of the islands' restoration team, recently said "As scientists and conservationists, we need to recognize that we've failed: Galápagos will never be pristine... it's time to embrace the aliens." He joins a growing band of ecologists who believe that while such novel or hybrid ecosystems are obviously not "natural," they may nevertheless have their own unique ecological value. Gardener pointed out that with 30,000 people now living in the Galápagos, effective conservation must also integrate local economic activities such as nonnative forest and coffee plantations. 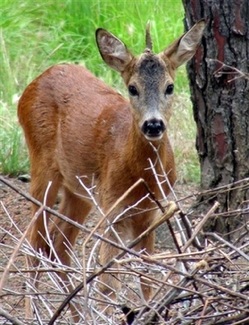 I discovered how passionate people can be about these issues soon after I began working as a Forest Service ecologist in Hawaii, where conventional conservation typically includes shooting exotic animals and poisoning alien plants. When the Puerto Rican coqui frogs landed in the islands (most likely as stowaways in potted plants) and started to invade the lowland rain forests, some of my colleagues feverishly lobbied for an all-out effort to eradicate these frogs "before it is too late," while some equally fervent members of the public fought to stop what they saw as an expensive, illegal, and amoral war by the Eco-Nazis to kill yet another cute and innocent creature.

As detailed in my previous blogs, despite all these difficulties, people in Hawaii and elsewhere are effectively preserving and restoring native species and their habitats, and their amazing and inspiring projects deserve all the support we can muster. However, I grudgingly have to admit that there may now be cases where such efforts are ecologically impossible, politically unwise, or both. Indeed, even the Forest Service recently conceded that restoring Hawaii's tropical forests is "no longer financially or physically feasible."

Both scientists and the general public often assume that these kinds of controversial issues can and should be resolved by science. But after many years of largely futile efforts to do just that, I finally realized that expecting ecologists to tell us how to practice conservation is like expecting psychologists to tell us how to raise our children. Because whether or not we kill the frogs is a personal rather than technical question, its answer can only be resolved by an inclusive reconciliation of our collective values and beliefs.

Professor of Ecology and Environmental Science at Brevard College