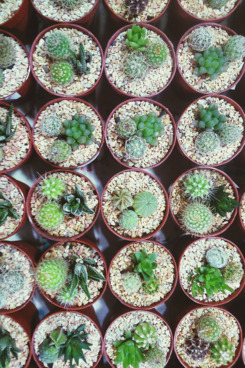 The only thing worse than loving something just because it is trendy is hating a thing for that same reason. While the blithe poptimist is merely annoying, the proud hater mistakes his foot-stomping for enlightenment. You will never beat a trend by resenting it, so unless it poses an obvious threat, the most enjoyable tactic is to just kick back and watch it pass like a neighborhood parade.

The last thing I can remember hating just because it was popular is Ugg boots, and since then, the impartial lifestyle has been treating me well. Through mom jeans and "Call Me Maybe" and avocado toast and "the flat white," I maintained my disinterested resolve to great effect. But as it turns out, one can only remain a cloud of nonpartisan lightness and good for so long. The trend that broke me? Succulents.

What kind of asshole hates a plant? Me, I guess. A few weeks ago, I found myself sitting in a coffee shop in Bed-Stuy, glowering at a jade plant in a ceramic mug, unable to get the phrase benign uterine polyp out of my head. The surge of disgust took me by surprise. For most of my life, I believed myself to like succulents. I loved them, even. In the same way that a baby's oversize head and round eyes provoke empathy, the plump and whimsical leaves of these desert plants felt undeniably cute. But as with babies, more plants does not necessarily equal more cute. One baby? Adorable. Hundreds of babies in twee upcycled teacups atop every coffee-shop table and windowsill in your neighborhood? A nightmare.

I voiced this opinion to several friends, and as it turns out, disliking succulents is an extremely rare condition. They are perhaps the world's most beloved trend. I turned to Twitter in search of like-minded haters, but in the ten-year history of the website, fewer than 20 people have ever publicly declared their distaste for the plants. A far more common condition is hating the sound of the word succulent (but loving succulents themselves), or hating yourself for loving succulents too much. Imagine any other trend as widespread with so few dissenters. I spoke to one confirmed succulent-hater, seeking clarity on my own condition. The best explanation she could offer? "They became popular for no reason." 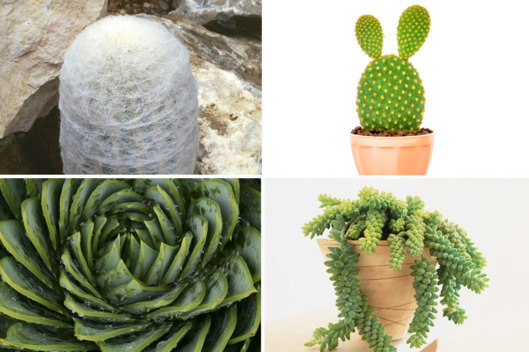 Succulents are everywhere, a plague of precious aesthetic restraint. Once the province of New Mexico-dwelling art-teacher aunts, they can now be found in the seasonal impulse-buy areas of drugstores, the soft-focus backgrounds of boring people's latte Instagrams, and the concierge desks of mid-priced corporate chain hotels. Some popular varieties include (above, clockwise from top left): grandpa dick, bootleg Mickey Mouse, human centipede, and infinitely-spiraling reminder of impending death. Beyond just extra water for dry spells, their leaves index a slew of aspirational yet uncontroversial traits: moderate trendiness, moderate appreciation of nature, moderate capacity to care for a living thing. They're a statusless status symbol, a signifier for people who just want to signify. Another succulent-hater agreed, "They demand nothing from you in their care and cultivation. You get all of the optics with none of the effort."

For an expert opinion on the trend, I reached out to Debra Lee Baldwin, a garden photojournalist and the author of Designing With Succulents, Succulent Container Gardens, and Succulents Simplified. Baldwin worked with succulents before the current fad, in an era when plant-lovers considered them "common" and "for poor people." She attributes the plants' recent popularity to drought in California, the rise of online shopping, and, of course, their relative difficulty to kill.

But what if one did want to kill a succulent? Or many succulents? Hypothetically speaking.

"Their roots are not set up to deal with too much water," Baldwin told me. "So the No. 1 way to kill a succulent is to love it too much."

With this in mind, we succulent-haters wait in hiding. It's only a matter of time.

10 House Plants To De-Stress Your Home