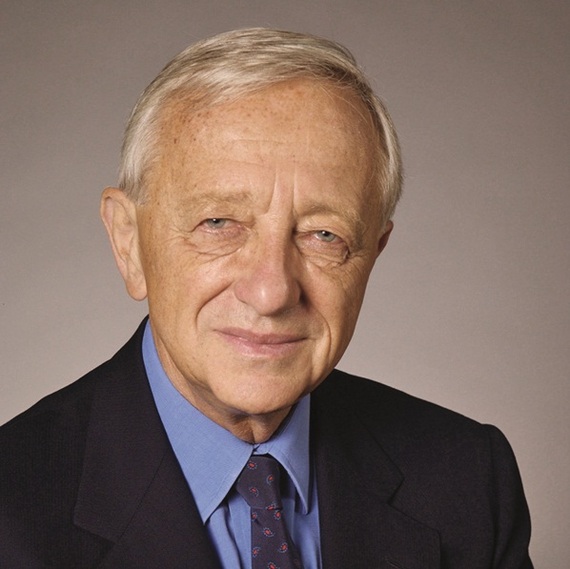 When he was 58 years old and still practicing law, Wartime Lies, his first novel, was published. Based on his childhood as a Polish Jew who escaped the Nazi death camps, it won the Hemingway/PEN Award in 1991, and the Irish Times Aer Lingus International Fiction Prize. His 1996 novel, About Schmidt was made into a film starring Jack Nicholson.

Louis Begley has written 11 novels, the latest, Killer, Come Hither, features Jack Dana, a Marine infantry officer who was wounded while serving in Iraq and Afghanistan. He has become a writer, with his debut novel skyrocketing to bestselling status. Jack receives news that his beloved uncle Harry, a leading New York attorney with whom he lives, has hanged himself in his Sag Harbor home. His uncle's secretary dies the next day, after being pushed beneath a subway train by a deranged stranger. Knowing Harry, Jack suspects foul play and recruits help to investigate his uncle's death. The trail is a sordid one, filled with international intrigue, shady business deals, illegalities, and criminality. Jack is convinced he must take matters into his own hands.

You became a successful attorney, and wrote your first novel, Wartime Lies, in your late 50s. Can you tell us why you waited so long to write fiction?
It took a great deal of time for me to be able to deal with that subject matter, the Holocaust, something I needed to face before I wrote anything else. Why did it happen at that particular time? There's no single explanation, except my law firm had a sabbatical program for partners. I took a sabbatical of three months and bought a laptop the week before leaving. On the first day, August 1st, 1989, I began writing Wartime Lies. I finished the revisions in Paris by November 30th of that year. So, it was a rapid birth.

I certainly understand why Wartime Lies was an emotional project for you, resonating deeply in your heart and soul. You went on to write ten more novels. Was it a matter of flowering late, or was writing a longtime passion that finally surfaced?
Kafka once said when asked if he had literary interest, 'I have no literary interest, I'm made of literature.'

I did not have a plan to write novels, but once I started, it came naturally.

So, storytelling is in your DNA?
So it would seem, provided it's storytelling on paper. I'm terrible telling jokes or stories. (Laughter).

The dedication of Killer, Come Hither is "For Anka, this departure." In contrast to your earlier literary novels, this page-turner is an intriguing thriller. Why the departure?
Well, it was unplanned, as are all my books.

Because of my childhood experiences, I still have a fear of intruders. We have an isolated house in the country. My wife Anka and I love having air rush through the house. We don't close windows or doors. I'm an insomniac. I often wake up thinking someone is in the room, shining a flashlight. Being the chivalrous type, I jump out of bed, naked as a jaybird, to do what? Defend my wife? How? That's where the vision ends. I wish I had a Glock under my bed so I could shoot the intruder. But my wife doesn't want a firearm in the house. So, there's one strand of something that was working in my mind and eventuated in the novel.

Also, I went to a garden party at Sag Harbor. It was held at a magnificent house which made a striking impression on me. The image of it stuck in my head. So there's another strand of the novel.

Thirdly, I served in the army. I loved being in the military. I've deplored the fact that the wars in Iraq and Afghanistan are being fought by professionals, mostly kids from underprivileged backgrounds. Whereas kids who graduate today from Harvard Law School, are not asked to contribute. So, I had this notion there would be someone like I was, though in much better shape than I am now, who answered the call of duty. And there you have my protagonist, Jack Dana.

These ideas had been brewing in my head for quite a while, and when I finished my previous novel, Memories of a Marriage, I combined them into Killer, Come Hither. I had such a good time writing the novel, I've written a sequel.

Your protagonist, Jack Dana, is a writer who says, "Luckily, writing is a magic activity. Once a book is anchored in its placenta, wherever that is located, it remains viable, because all the while, whether he's conscious of it or not, the story that the writer wants to tell never stops brewing." Will you talk about that?
That's been my experience as a writer. I do believe there is a magical quality about writing.

I asked myself if someone like Jack Dana is plausible. Well, I had lunch with a Harvard College friend who brought his grandson along. The young man wanted to be a writer, and to my surprise, this college graduate had just come out of the Marine Corps. He was from a very privileged background, but joined because he heard the call to duty.

So, there was validation of my character, Jack Dana. It seems like magic.

About the placenta being anchored: my writing has a powerful life within me. When I walk somewhere, I carry on a conversation with my characters. Or, I'm thinking about what they're going to do next. For me, that's an essential part of being a writer. But, I'm poor company because I'm not really thinking about what's going on around me. (Laughter).

What personal qualities do you feel are necessary for a novel's protagonist?
A protagonist must have something that touches the heart of the reader. My dear friend Schmidt is not exactly an Adonis. (Laughter). He's a churlish fellow, but a very good person. He's seriously screwed up about all kinds of things. I think the combination of qualities has won him a great many friends. He has vulnerabilities and he suffers. There must be something the reader can relate to--whether the reader loves him, dreads him, or even dislikes him.

Partly, you seem to be saying that among redeeming traits, it helps if a protagonist has some telling flaws.
Definitely. The protagonist must be a real human being.

As a fulltime writer for some years, what has surprised you about the writing life?
I'm surprised by how steadying writing is for me.

I'm given to brooding and worrying. I'm an optimist about daily matters, but I'm terribly pessimistic about larger issues. Without writing, I would be impossible to live with. I'm no longer absorbed in my legal profession, and if I did not have this other occupation, I would be in great trouble. So, I need the writing to maintain equilibrium in my life.

What do you love about the writing life?
Above all, I love the language.

Speaking of language, much like Joseph Conrad, English is not your native tongue. Does that present problems for you in writing?
Yes. I do not have a natural sense of the language. My son, Adam, is also a writer, and has a natural feeling about how something should be said.

I don't always know and have doubts, at times. I have to weigh every word.

How many languages do you speak?
I am fluent in French and Polish. I used to speak very good German, but don't anymore, although I can still read it. I speak Italian, and in an emergency, I can speak Spanish.

You left out English.
(Laughter)

When you're writing, do you sometimes find yourself searching for a word or phrase in a language other than English?
On occasion. I really have to weigh the language I use when writing.

If you could have dinner with any five people from any walk of life, living or dead, who would they be?
Marcel Proust would be the first I would invite. Then, I would invite Henry James. I would love to have Greta Garbo there. (More laughter). I wouldn't mind having dinner with Dante. And then would come FDR.

Congratulations on penning Killer, Come Hither, a novel described by Booklist as a "stealthy, page-turning thriller with crisp prose and a taut plotline."