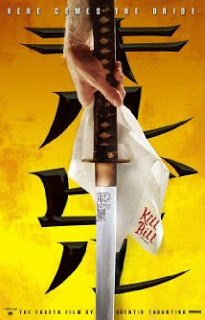 Terrorism consultants and military experts, interviewed about ISIS, have not shied away from using the word "kill." Degrade, terminate with extreme prejudice, eliminate, contain, control and marginalize are some of the euphemisms that have previously been employed in discussing enemies. In fact when violence is being perpetrated against an enemy, even by those whose behavior is totally defensible, euphemism has, up until recently, been the favored figure of speech. Those who were rounded up after 9/11 underwent "extraordinary rendition," which usually meant the use of techniques like waterboarding to gain access to information. Will the French employ their linguistic equivalent of the term "extraordinary rendition" if Salah Abdeslam, one of the chief suspects in the Bataclan massacre, who is currently the subject of an international manhunt, is captured? It's unlikely that anyone is gong to bother to mince words, but what are the extent of the powers enjoyed by the French police and army under the three month state of emergency that has been declared. The Napoleonic Code is not the American constitution, especially when it comes to the presumption of innocence and it's unlikely, considering the level of rage in France now, that cruel and unusual punishment will be too much of a concern when it comes to captured terrorists. The French have plainly had enough. Marcel Ophuls' The Sorrow and The Pity gave a good picture of how collaborators were treated after the Vichy government had been defeated, though the punishments involving public humiliation (with collaborationist women's heads being shaved) were quite a bit more benign than what's likely to be dished out to suspected Jihadists. Still you do a double take when you hear an otherwise levelheaded sounding diplomat or news commentator using the word "kill" when in a civilized democracy we usual try, sentence and then appeal to Justice with her two scales where those who break the social contract are concerned. Kill Bill was the title of the Quentin Tarantino movie. Now it's just "Kill!" and God help all of us. "The horror! The horror?" were the final words uttered by Mr. Kurtz in Conrad's Heart of Darkness. Earlier Kurtz also writes, "Exterminate all the brutes!"