The discovery of gravitational waves by the BICEP research group, announced at the Harvard-Smithsonian Center for Astrophysics on March 17, is still rocking the world of science. If corroborated by further studies, the finding would signify several scientific advances of immense importance. First, it would be the latest observational confirmation of a prediction that Albert Einstein made in 1916, based on his general theory of relativity, that "shaking" space-time produces waves in the very fabric of this medium -- gravitational waves. Second, the discovery would verify inflation, a theory proposed by Alan Guth in 1980, which holds that right after the Big Bang, the universe underwent a short period of exponential growth, which ended sometime later and gave way to the more moderate expansion of the universe we see today. Third, given that the gravitational waves discovered by BICEP were a quantum event (because the entire universe was so small that it had to obey quantum laws), "enlarged" many-fold by inflation, as though seen through a powerful microscope, it may imply that gravitation itself is quantized. If that is true, it signifies the existence of the graviton, a particle that carries the force of gravity. And the new finding also provides strong evidence that there was something we call the Big Bang -- the event that started it all. 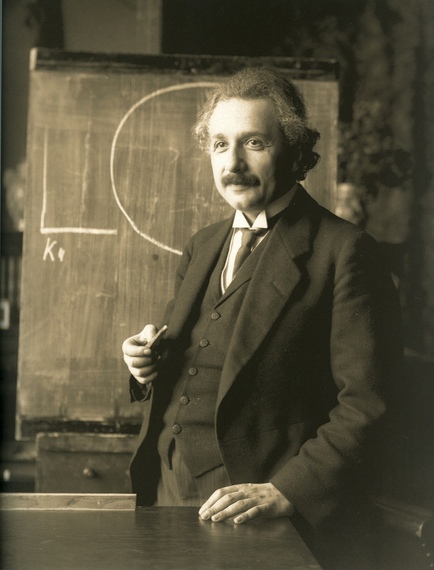 But in this tremendous advance offered by the new discovery made through a modest-sized telescope resting on the frozen ground in Antarctica, many scientists see more than it foretells. Physicists have no idea how inflation ever stops -- and we know that it did stop in our part of the universe. Furthermore, quantum mechanics seems to imply that inflation is an ever-continuing process because it can't be freed of tiny quantum fluctuations in the inflationary field. These theoretical restrictions have led many to believe that after inflating one universe, the inflationary field simply moves elsewhere to do its magic on another universe. It's therefore likely that we live in a multiverse. If a multiverse exists, some of these scientists and many social commentators claim, then there is no God, no creative external power, and the multiverse just propagates itself, out of the void, forever spawning new universes from the primordial, eternal quantum foam that is the cradle of all universes. Even before the new discovery, inflation, quantum foam, and the multiverse have provided grist for a host of speculative books, videos, and lectures about where the universe came from, most prominent among them Lawrence M. Krauss' bestselling book A Universe From Nothing, which argues that the entire cosmos came about all on its own from sheer "nothingness." 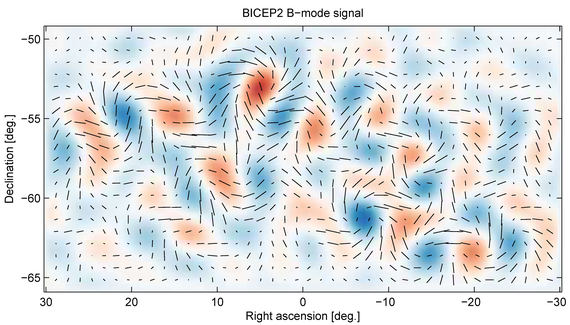 Since much of the theory that explains the Big Bang is based on Einstein's general theory of relativity, Krauss and other cosmologists have attempted to portray Einstein as atheistic in their sense -- that is, as holding the belief that the universe we live in came out of sheer nothingness, sailing on its own power, as it were, and that even discussing an external motivator for the creation of the universe was abhorrent to the father of the theory, the greatest scientist of the 20th century.

But in fact, Krauss, and Richard Dawkins, who makes similar claims in his bestselling 2006 book The God Delusion, are making a serious historical mistake. It has to do with the definition of "God," both for Einstein and, in contrast, for religious people around the world. As someone who has spent a decade and a half studying Einstein's writings, I see it as my responsibility to correct this prevalent misconception.

Albert Einstein believed in something like Spinoza's "God": a powerful entity that transcends the world. To Einstein, "God" was the maker of the laws of physics that he, Einstein, saw as his life's role to uncover. This is far from the "God" of all organized Western religions, to be sure, but it is equally far from Krauss' "universe from nothing," meaning a universe without any maker of the rules of physics or any creator of the quantum foam that gave rise to our universe through a quantum fluctuation. Krauss places a "[sic]" after "God" when quoting Einstein mentioning the "deity." He tries to reinterpret Einstein's words as not meaning what he writes. Richard Dawkins does the same in a chapter titled "A Deeply Religious Non-Believer," referring to Einstein. But these are unjust pronouncements.

In 1913, when he lived in Prague, Einstein went to synagogue, as reported by a number of biographers (Folsing and Frank). And he constantly spoke about "God." He clearly believed that the universe did not arise out of the void all on its own. Einstein said, "I do not believe that God plays dice with the world," in (wrongly, it turns out) criticizing the quantum theory. He exclaimed, "Subtle is the Lord, but malicious he is not," when he heard about an experimental contradiction (later proven spurious) of his theory of relativity. And he is famous for having said, "I want to know God's thoughts -- the rest are details." My favorite is a statement I was the first scholar to read in a private letter that Einstein wrote to the astronomer Erwin Finlay-Freundlich in 1914, which I translated from German into English with the help of my father (whose mastery of German had won him awards): "It's a shame God didn't give us a larger planet than Jupiter!" (Einstein was lamenting that he and Freundlich were unable to detect the bending of starlight around Jupiter as proof of general relativity's warping of space-time around massive objects. Five years later, Arthur Eddington would find such bending of light around the Sun during a total solar eclipse, proving Einstein's theory.) Einstein always thought in terms of an immanent God, the creator of the laws of physics -- not the cranky old man of Genesis, but still a mysterious force that brought us a universe, or at least created the laws of physics. As we ponder the amazing new findings in science proving once again how right Einstein was, let's not become so overconfident in our abilities to learn about nature that we try to kill his God.