In the year 1066, King William the Conqueror had a problem; he could not take care of all of England. There were too many uprisings for one centralized power to manage.

Enter feudalism, a system that divided the land into fiefdoms led by lords in exchange for their loyalty to the king. Each fief became its own community, think castles and moats, with different laws of the land that consistently made life hell for the serfs. Then the merchant (middle) class rose, cities were formed, information was shared through trade...and feudalism fell (the Black Plague chipped in too). 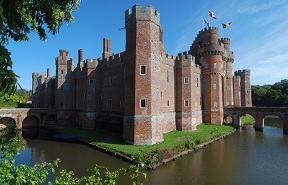 There is a lot we can learn from history. As an organization grows and it becomes too large to be led by one person, departments are formed. The danger comes when these departments become fiefdoms. Organizational fiefdoms exist in different fields and come in different sizes. Is your finance department hidden in the basement? Do your executives sit in something called a "suite" on another floor? Since I am a tech-geek, I will focus on the web tech fiefdom.

Symptoms may include: Not giving permission to access site analytics, statistics, other performance indicators.


Symptoms may include: Forcing people to depend on the fiefdom to update the website, send newsletters, format pictures and run formulas in excel.


Symptoms my include: Not giving access to computer programs like PDF creators, photo editors and third party FTPs to send large files (dropbox.com).

Symptoms may include: Fear of being replaced and never admitting mistakes.


Symptoms may include: Not sharing or fostering outside ideas, creating fiefdom work hour schedules (working from home) and having an uninviting work space.

A note to tech fiefdom lords

The motivation behind the tech fiefdom is often fear. The fear of being unnecessary and losing your job. Rather than fear, I prefer to think like Guy Kawasaki who explained in a New York Times interview 'the goal is to make yourself dispensable -- what greater accomplishment is there than the organization running well without you?'

Many tasks that create the fiefdom are repetitive. Querying reports, formatting files, editing the same text on a website, resizing pictures, sending mass e-mails -- the list continues. You are holding yourself (and the organization) back when you refuse to train others and withhold access to information. Acknowledge security issues, but allow coworkers to access what they need on their own and explore the opportunity to innovate new tech at your organization.

Solutions -- Tear down that wall!

Fiefdoms fell because serfs began to share information and became a Merchant Class by learning new skills. Recently, a top financial tech firm called FactSet , opened a new internal communications system to its 3,400 employees. The system they chose is called Socialcast which is a many-to-many communication platform that is similar to a Twitter/Facebook/forum for a private group of people. Though FactSet already had e-mail and internal newsletters -- those forms of communication are one-to-one or one-to-many, and to have a conversation through them, simply creates spam.

Ask your organization or local fiefdom to create a list of skills and computer operations that everyone should have. Create an anonymous survey through Survey Monkey or Google forms and send it to the staff. I say anonymous because sometimes staff members are embarrassed that they don't know how to do a specific operation -- causing them to give a dishonest answer to save face.

Analyze the survey results and make them public. Consider using the results as the basis for a mandatory staff tech-training guide taught by the fiefdom.

3. Is your CTO part of your management team?

Top-down decisions around tech can have many unintended consequences that result in fiefdoms. If your organization depends on the web or robust software to achieve its purpose, you need to have a tech point of view at the management table.