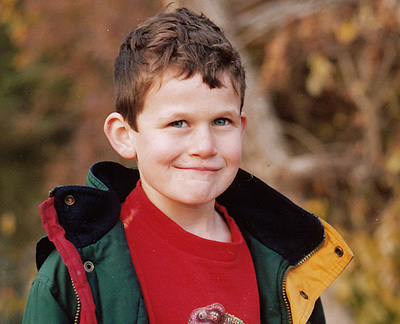 Bad parent! I could read it in the old woman's eyes as my 8-year-old son let the door shut in front of her.

"Why do I have to hold the door open for her?" he pleaded to my embarrassed scolding. "She wasn't carrying anything."

"Because that way she won't have to open the door."

"But why can't she do it herself?"

It was bad enough to get the old lady's glare, now I got the pitiful head-shake as she huffed past us.

That was probably the moment, as I retro-grade my parenting 10 years later. Maybe that was when I had cut my son's natural curiosity right in half.

Nature or nurture? Do we, by default, stop asking questions as we get older? Or are those questions driven from our minds by parents and teachers -- like rats from a sinking ship, locusts from Egypt or any other pestilential metaphor near at hand?

"You're not really going to wear that today, are you?" Few would answer "Yes" without the required, "Why? What's wrong with it?" another question is volleyed back implying, "I don't like your tone AND you've got bad taste."

Questions make us nervous -- and for good reason. To the innocent sounding, "What are you doing next Saturday?" a child's response would be, "Nothing." The adult pauses, squints his eyes, as if peering at a mouse-trap under the sink, and then slowly asks, "Why?"

"I'm moving a piano up three flights of stairs and could use some help."

No one likes to be trapped, let alone cross-examined. And since the best defense is a good offense, we proceed to gleefully punish the questioner, as evidenced by one of my favorite Saturday Night Live Jack Handey quotes:

Socrates Was Poisoned, After All... 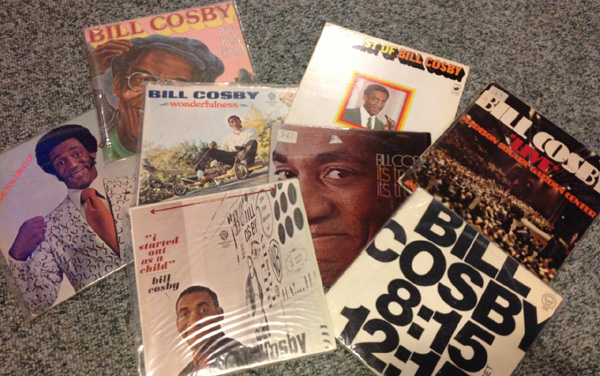 At an early age I heard Bill Cosby pose great questions like "Why is there air?" With 1983's Bill Cosby: Himself the comedian connects with every parent in the audience, dissecting the blend of the humor and tragedy of being a parent -- especially if the parent is foolish enough to ask a direct question: (starting at 1:40)

A similar, more f-bomb-laced treatment of the debilitating power of a child's repeated "Why?" question can be found in this funny bit from Louis CK.

We want to lash out -- or at least convert the young questioner to a cynical adult as quickly as possible, perhaps someday becoming another Mark Twain: Why is it that we rejoice at a wedding and cry at a funeral? It is because we are not the person involved. 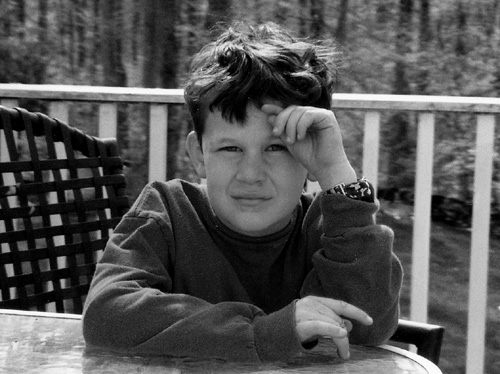 In children, questions and smiles travel together -- and both get lost somewhere down the seventh grade hallway.

In any elementary classroom you'll see unguarded expression -- more smiles than frowns. Even in middle school, the sixth graders will still be having fun with the goofiness of life and laughing just for the heck of it. But by the time the high school is entered, that smiling little boy has turned into a suspicious young man. After all, someone might ask him to move a piano at any moment. Be ready with that excuse and, better yet, avoid eye-contact and dialogue at all cost.

Too many times, parents like Louis CK, Bill Cosby or Kevin Walsh in the dining room, finally shout out, "I have no idea why the fork goes on the left, okay. Just set the table!"

Questioning drops off a cliff starting at ages 4 to 5. There are various possible reasons for that, but what happens in classrooms seems to be one of the factors: Almost as soon as kids enter school, they start questioning less. -- Warren Berger

Warren Berger, on his website previewing his upcoming book A More Beautiful Question, examines the death of inquiry:

Interestingly, we all start out as super-questioners -- no one asks more questions than your average 5-year-old. But the habit of asking questions is trained out of us by the educational system. And then, as we make our way into the business world, we find that too often the emphasis is on short-term answers rather than exploring more far-reaching, potentially game-changing ideas.

In A More Beautiful Question, Berger provides a fascinating look at the power of questioning to ignite change--in our companies, schools, careers, and in our daily lives.

Berger's premise can be linked to the International Baccaulaureate's Theory of Knowledge requirement, specifically:

As a thoughtful and purposeful inquiry into different ways of knowing, and into different kinds of knowledge, TOK is composed almost entirely of questions. The most central of these is "How do we know?" (link)

My recent binge-watching of HBO's The Wire examines inner-city crime and politics in Baltimore. And season four examined education, specifically how schools handle the pressure of standardized testing -- the true enemy of the important questions students should be asking and are asked.

Berger points out, "There are no easy answers when it comes to education reform. But he adds, "Whatever approaches we take with education, we would be wise to make more room for kids' questioning - -to find ways to nurture it, encourage it, teach it, inspire it, etc."

In Woody Allen's 1986 Hannah and Her Sisters, Max Von Sydow's character, Fredric, reflects upon his experience watching a documentary:

You missed a very dull TV show on Auschwitz. More gruesome film clips, and more puzzled intellectuals declaring their mystification over the systematic murder of millions. The reason they can never answer the question 'How could it possibly happen?' is that it's the wrong question. Given what people are, the question is 'Why doesn't it happen more often?'

And perhaps then I can explain why we hold the door open for grumpy strangers in stores.

More:
Louis C.K.EducationParenting ParentsWHY?
Newsletter Sign Up
Raise the kind of person you'd like to know
Subscribe to our parenting newsletter.
Successfully Subscribed!
Realness delivered to your inbox