by Bill Sanders, Principal and Sr. Consultant with Roebling Strauss

Time to read: 5mins
Time to implement: The rest of your working life

Now that we've identified three reasons to kill the annual performance review, (it has outlived its purpose, it is primarily one-way communication, and it isn't changing the current atmosphere of employee disengagement.) And we've identified its purpose and function, (measuring and providing feedback, indicating a career path, and providing a basis for adjusting remuneration), it's time to survey the variety of options vying to replace it.

There are any number of solutions available. As a result of my review over the past several months, I've categorized them into the following three areas:

Many of the solutions proposed, fall under the heading of "Well the millennials want more frequent feedback, so let's do the review more than once a year." While that isn't the most flattering way to identify this group of suggestions, the results indicate that it's accurate.

Part of this stems from being caught up in the dominant paradigm of big company culture. The systems are all there; the main complaint is the lack of frequency and thus relevance, so let's require the managers to have these conversations more frequently. It's a Band-Aid for being 20lbs overweight.

While performing the same annual review more frequently may increase the efficacy of the organization's ability to measure and provide feedback, most implementations retain the annual raise (now tied to 4 or 12 reviews) instead of one per year. It is also unlikely to increase engagement if it remains one-way communication, and is more likely to increase frustration if career path expectations are not met.

Sometime in the early 2000's when I was still working for the remnants of what had been Mattel Interactive, I was on a call with the C-Suite as they discussed a major ERP software change that was being discussed as if it were a panacea for all the company's ills. (Names have been avoided to protect the guilty.) It struck me at the time as a "We have a completely dysfunctional family, and I hate my job, let's move to LA and see if that fixes everything" moment. I actually wrote the words "technical panacea" in my notes on the call. The only reason I was on the call was to be informed that we'd be changing our ecommerce platform, which I was running at the time.

As you can guess, I was less than thrilled. I felt strongly then, and even more so now, that technology doesn't solve problems, people do. The beauty of technology is that it is great for reducing transaction costs, the ugly is that most of the time companies implement a technology solution in response to a human problem.

Thus, I'm leery of the new Performance Management software movement. It's not that I oppose the idea. Chris Heuer, Rawn Shaw and I spent untold amounts of time, money, and heart to launch Alynd in the commitment/performance management space. In the end, however, the social change that our software required was not going to come without significant cultural, human transformation. We humans tend to love the idea of holding others accountable, but generally resist the idea of being held mutually accountable in return.

With any software that replaces the annual review process, the question isn't how well it works, but how well is it going to work within your culture and your organization. Use it, but do your homework and make sure that the objectives, behaviors, and culture that you want to drive in your organization match the key drivers built into the software.

The final area is best represented by a single book by Reid Hoffman; The Alliance. Recognizing that many of the paradigms that have driven our corporate hiring and retention behavior are relics of a distant past, he lays out a framework for honest conversations and "tours of duty" that benefit both the employee and the organization. It is less a system and more of a guideline for treating employees like human beings instead of "our most valuable resource" (that we can dispose of as we see fit).

One of the key benefits of Hoffman's approach is that anyone can use it. A manager doesn't need upstairs approval to begin to adapt her framework to the way she relates to her team. Nothing else that I've read so far provides this aspect of flexibility. There are few books I recommend all managers read. This is one of them.

Do the Heavy Lifting

Addressing what needs to change in the annual review process isn't easy. We as leaders, managers, business owners and employees are dealing every day with our careers and livelihood. And we are also impacting the livelihood and careers of others. It is incumbent upon us to not accept the status quo as if it were handed down engraved in stone.

If 2016 didn't confirm that everything is in flux, it missed its calling. Or, the people that don't see that 'Turbulence' is the new 'Black' aren't paying attention. In this environment, we have the choice of moving past the platitudes and engaging in honest conversations about how we are going to work together to meet the conditions of our mutual satisfaction, or we'll end up as the jetsam and flotsam of the new ever-evolving economy.

In Jeffery Hayzlett's most recent book, Think Big, Act Bigger, he relates the story of when Dave Pottruck was asked to step down as Charles Schwab's CEO as a result of the impact of the first dotcom bubble burst. His assistant of 15 years, Colleen Bagan-McGill, cut her vacation short to return, resign, and help Dave find the "next thing." I haven't had the privilege of meeting either Dave or Colleen, but I'd make a substantial bet that Colleen didn't ditch her vacation because Dave gave her 15 great annual reviews.

The heavy work is before us. Research, read, sit in on the software demos, but most importantly, engage in creating the kind of culture of which you want to be a part. We aren't going to be successful in replacing the status quo if we are too comfortable with it. It's your business, your division, your career, your job. Take the risk to have honest conversations, test the various approaches and software and then share your results with the rest of us.

Bill Sanders is Principal and Sr. Consultant with Roebling Strauss, a boutique consultancy that specializes in delivering dramatic improvements in organizational effectiveness and Lead Link of the Finance Circle for Great Work Cultures, a community dedicated to creating a new norm for work cultures that optimize worker effectiveness and human happiness. Connect with Bill on Twitter. 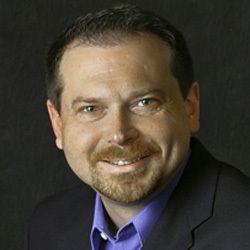