The next five months could bear great fruit for The Weinstein Company. Between now and New Year's Eve, Harvey Weinstein's studio will release "Lawless," "The Master," "Silver Linings Playbook," "The Sapphires" and "Django Unchained," all films with varying degrees of awards heat. Not to be left out in the cold? "Killing Them Softly," Brad Pitt's latest collaboration with Andrew Dominik ("The Assassination of Jesse James by the Coward Robert Ford"), which earned rave reviews when it premiered at the Cannes Film Festival.

HuffPost Entertainment is happy to debut the first "Killing Them Softly" trailer (along with our sister site Moviefone), which highlights the film's political side.

"I'm living in America," Brad Pitt's Jackie Cogan, an enforcer who comes to Boston to kill some small-time crooks after they rob a poker game, says in the trailer. "And in America, you're on your own."

When "Killing Them Softly" premiered at Cannes back in May, Indiewire critic Eric Kohn noted that the film is "scathingly anti-capitalist entertainment."

Based on the George V. Higgins 1974 crime novel "Cogan's Trade," "Killing Them Softly" has been updated to modern times. As previously reported by Indiewire's blog The Playlist, "Softly" actually begins with an excerpt from Barack Obama's 2008 Democratic Convention speech: "What is that American promise? It's a promise that says each of us has the freedom to make of our own lives what we will, but that we also have obligations to treat each other with dignity and respect."

Following the film's debut at Cannes, Pitt addressed whether or not "Killing Them Softly" should be viewed as critical of the Obama administration. “I was there that night in Chicago when Obama won," Pitt said. "It was an amazing night, people out in the street, connected." He then added that the use of Obama's famous speech was not done "as a cynical look back at a statement of failure but as a real expression of hope.”

Of course, beyond all the political allegory and undertones lies a gritty crime drama filled with grizzled character actors like James Gandolfini, Ray Liotta and Richard Jenkins. As presented in the trailer, Dominik brings quite a flare to "Killing Them Softly" -- note the use of Johnny Cash's "The Man Comes Around" -- and doesn't seem to short change any of the criminal violence.

"Killing Them Softly" arrives in theaters on Oct. 19. Watch the trailer above. 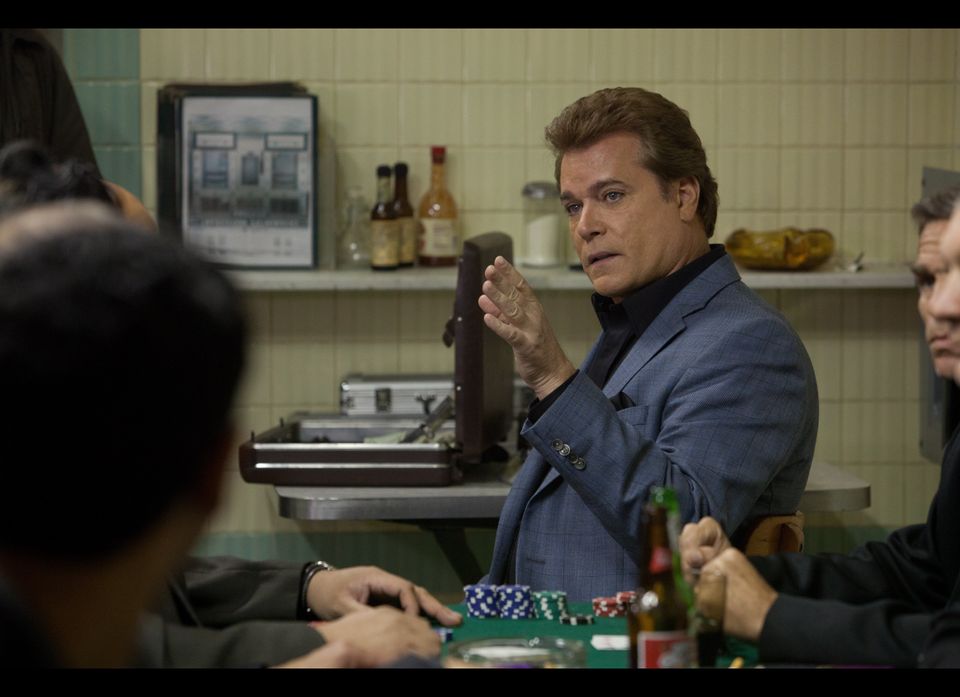