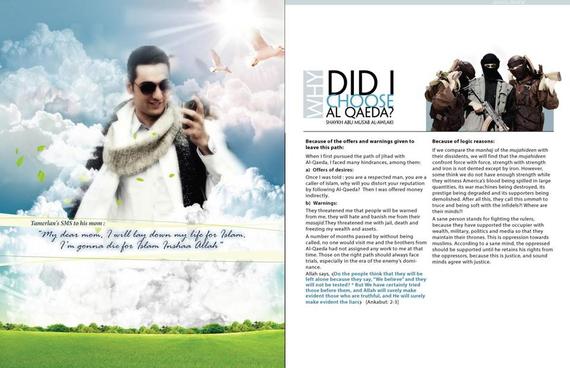 In schools, cafes and around work-place water coolers across Massachusetts and throughout the country, a debate is raging over the question of life or death for marathon bomber Dzhokhar Tsarnaev. Everyone seems to have an opinion about which is the worse punishment. But there is another consideration that may have been overlooked in this discussion: The question of security posed by the very prospect of killing Tsarnaev. 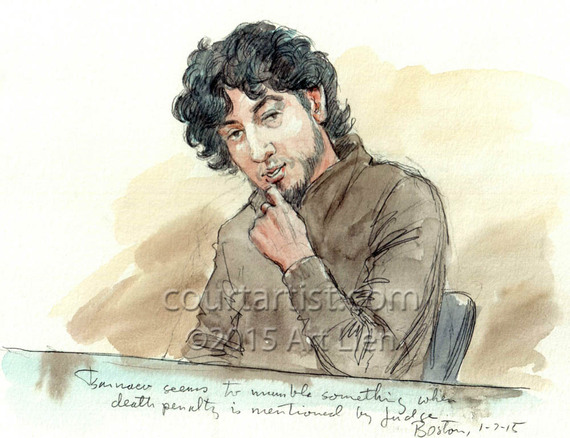 "I think we should be concerned," said Thomas Abt, a lecturer at Harvard's Kennedy School of Government and a former Justice Department official in the Obama Administration.

"And I can assure that many people within the security apparatus of our government are concerned."

Major General Scott Rice certainly is. Major Rice leads Massachusetts National Guard and often meets with other anti-terrorism task force members that includes US Marshalls, State Police and the FBI. And a key question raised at those meetings relative to the possible death sentence hanging over Tsarnaev is:

"Does this motivate and encourage and inspire other groups? And I say that on a federal level, state and a local level, everyone's all talking about it. So we all have heightened awareness."

And that question is ironic, says Juliette Kayyem, a former Homeland Security official.

"The irony of what's happening with 'Jahar' is that he is absolutely nobody in the world of terrorism."

I can assure that many people within the security apparatus of our government are concerned.

"No one's sort of owned them for purposes of terrorism. No one's making claims about them. They're alone. So, the irony is if he gets the death penalty he will inevitably breed what we might call 'chatter,' particularly in the online space. People will view him as a cause and a martyr and he will become something more than what he is today."

Dzhokhar Tsarnaev's older brother Tamerlan -- in death -- shot to instant stardom in the world of terrorism. One online tribute flashes a headline: "We will not forgive you for his brutal murder."

A photo accompanying a May 2013 issue of al Queda's Inspire Magazine depicts Tamerlan as a martyr -aloft in the clouds -- and the magazine implores its readers to follow his lead. That is what some security experts fear -- the making of a martyr.

Veryan Khan, who leads the Terrorism Research and Analysis Consortium (TRAC), in an email response to the question of security posed by the very prospect of killing Tsarnaev, wrote:

"Potentially there are three groups who will be interested in Dzhokhar Tsarnaev's sentencing: AQC (al Qaeda Central), IS and CE (The Caucasus Emirate). None are prepared to act on the attack, but more importantly, if any of these groups are ready to execute an attack, then they will not rely on a verdict to trigger an attack."

Yet, said Khan in conclusion: "The verdict is certain to give way to propaganda statements, but how much more can they really discredit the US as Satan? This is the crux: the risk of a looney out there deciding to shoot can never be ignored and that is the constant risk with this kind of verdict -- the death penalty."

Earlier this month, two women, reportedly inspired by Marathon bombers Tamerlan and Dzhokhar Tsarnaev, were arrested for conspiring to construct pressure cooker bombs and to set them off at the funeral services for a New York City policeman. They also allegedly spoke of their own imminent martyrdom.

Thomas Abt at the Kennedy school repeats himself. He said security officials should be and are concerned about what might happen if Tsarnaev is put to death.

"But for me what matters most in the Tsarnaev trial is that it's done according to law. And the law makes Tsarnaev eligible for the death penalty. The judge will instruct the jury on the death penalty and then the jurors will consider the facts in the law and make their decision. And that's how we do it here in the United States. And I think that's the most important thing."

Abt's concerns are informed by the events of 9/11. That day, the then young assistant NY prosecutor was in his office -close to the World Trade Center.

"We were so close when the first building came down we could also hear it and feel it."

Al Qaeda hailed the men responsible for 9/11 as martyrs. But Abt argues, those they inspired, like would be shoe-bomber Richard Reid, failed in their missions, and while not forgotten, there is very little chatter online these days about the brutal men who crashed planes and crushed lives nearly 15 years ago.

Juliette Kayyem says there is a practical reason why a death sentence for Tsarnaev might have little impact in the wide-world of terrorism.

"It's clear that Dzhokhar and his attorneys will appeal this to the bitter end, so he does not want to use this trial or the sentencing as an opportunity for him to sort of claim the martyrdom mantle. And he is remaining silent, presumably because he wants to reserve everything he can for appeals, whether he gets the death penalty or not."

That is of little consolation to Tsarnaev's youthful supporters around the world, who are neither motivated by religion nor looking for a martyr in the 21 year old Chechen. They are working to keep him alive. Paula lives in Toronto: 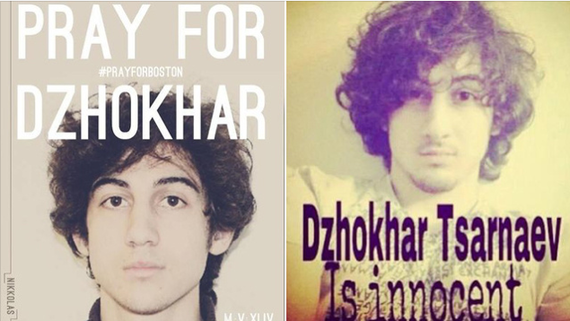 "In essence what the government is saying is 'we want to execute this young man.' And security concerns are huge and massive. This case is being watched by everybody around the world."

Their story tomorrow in our second report.