We all know that having an affair with a married man is an awful (really, really awful) thing to do. But does that make it okay for the media to publicly shame the "other woman"?

On Tuesday, Jezebel published a piece stating that they had "confirmed" the identity of the other woman musician Kim Gordon alluded to in an ELLE interview on her split from husband of 27 years (and Sonic Youth bandmate) Thurston Moore.

Under the headline, "Is This the Woman Who Broke Up Kim Gordon and Thurston Moore?" and a blown-up close up of book publisher Eva Prinz, Tracie Egan Morrisey gives a quick rundown of the public's attempt to discover the identity of the "other woman" Gordon mentioned -- including several names bandied about on message boards -- and then digs into Prinz's personal history, including her two marriages (the current one is supposedly "open"), the fact that her child was conceived out of wedlock and her alleged affair with a different Sonic Youth band member.

The piece didn't emphasize that it takes two people to have an affair; that if Prinz is in an open marriage, she didn't necessarily cheat; that she has an actual career and is not just a band-aid; or that it's impossible to ever know what went on in someone else's relationship.

Many Jezebel commenters expressed distaste for the piece and for the fact that it was published on a feminist site that is usually vehemently opposed to slut-shaming:

"I'm really disappointed that Jezebel would slut shame this woman, who now lives in internet infamy as a home wrecker. ugh ugh ugh."

"A huge picture of her with an article about her breaking up a marriage is hardly appropriate for a feminist website."

"I was just scrolling down to rant about this - the 'other woman' trope is just bloody tired."

"THIS!! I'm pretty dissapointed too. it seems that Kim Gordon is handling this pretty gracefully so why do WE feel the need to research this woman and slut-shame her on the internets?!?!"

"I saw this headline link at another blog and was all, "oh no they didn't!" but then nearly had a heart attack when I saw where the link lead to."

"I wasn't okay with the title, clicked on it anyway to see if it was some sort of joke. Nope. Didn't read the whole thing because it kinda grossed me out."

"I was really surprised to see Jezebel, of all websites, to out her and play into the fallacy of her being a 'home wrecker'. Is there anyone living in the 21st century who still thinks some woman can "steal" someone's husband? Shame on you Jezebel for the slut shaming. Please tell me that is not a picture of this poor woman plastered on your website."

"Seriously, Tracie? You're blaming the other woman? She's not the one who made the vows with Gordon. This woman isn't the most awesome of people, but she's not the one who was unfaithful in the marriage. How about holding the man who did the cheating accountable? This article is so disappointing on a number of levels."

Amelia McDonnell-Parry, editor of The Frisky, echoed the Jezebel commenters' concerns in a post of her own. "Let’s leave blaming the other woman out of it," she wrote.

What do you think? Is it okay to call out the "other women" in a celebrity (or any) breakup? If Gordon had cheated, would the "other man" get the same treatment? Let us know in the comments.

Kim Gordon, Thurston Moore Divorce: Is It Ever Okay To Shame The 'Other Woman'?
Cheating Survey Trivia 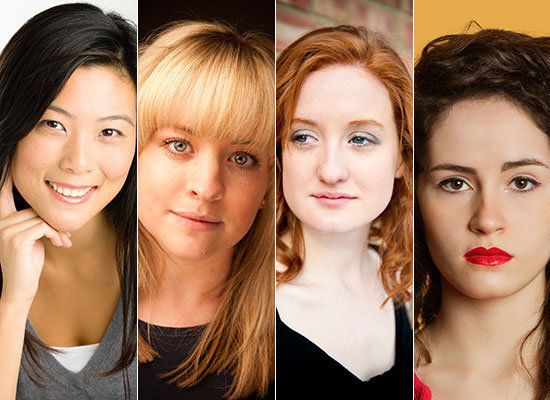