An early draft of Girl In A Band, the Sonic Youth frontwoman's memoir, included a passage where Gordon chastised Lana Del Rey's relationship with feminism, but in a conversation with HuffPost Live on Tuesday, the singer backtracked and admitted the comments may have been "reactive."

“Today we have someone like Lana Del Rey, who doesn’t even know what feminism is, who believes it means women can do whatever they want, which, in her world, tilts towards self-destruction, whether it’s sleeping with gross older men or being a transient biker queen,” Gordon previously wrote.

The veteran rocker went on to argue that if Del Rey "really, truly believes it’s beautiful when young musicians go out on a hot flame of drugs and depression, why doesn’t she just off herself?”

Gordon explained on HuffPost Live that the admittedly harsh take came on behalf of Frances Bean Cobain, the daughter of the late Kurt Cobain, who had just showed her an interview with Del Rey where she declared, "I wish I was dead already." Offended, Cobain proceeded to tweet back, "The death of young musicians isn't something to romanticize."

"I don't really know," Gordon shrugged, "I just sort of felt, on the one hand, protective of her."

"Poor Frances took her statement in some literal way and didn't realize that [Del Rey] was actually just playing around with her persona," she continued. "She took it to heart."

The whole diatribe "wasn't actually talking about Lana Del Rey's whatever her retro-throwback image is," Gordon explained. "I think that's interesting. So in the book, the context I was saying it in was really addressing issues of persona: How much of it is really you and how much of is something you're really selling, basically."

But now that all's been put out into the open, the legendary singer and guitarist has a new qualm.

"The bigger question is, why are people so excited to see female catfights?" she inquired. "That, to me, is actually the bigger issue, really. There's something that's just kind of dumb about Twitter." 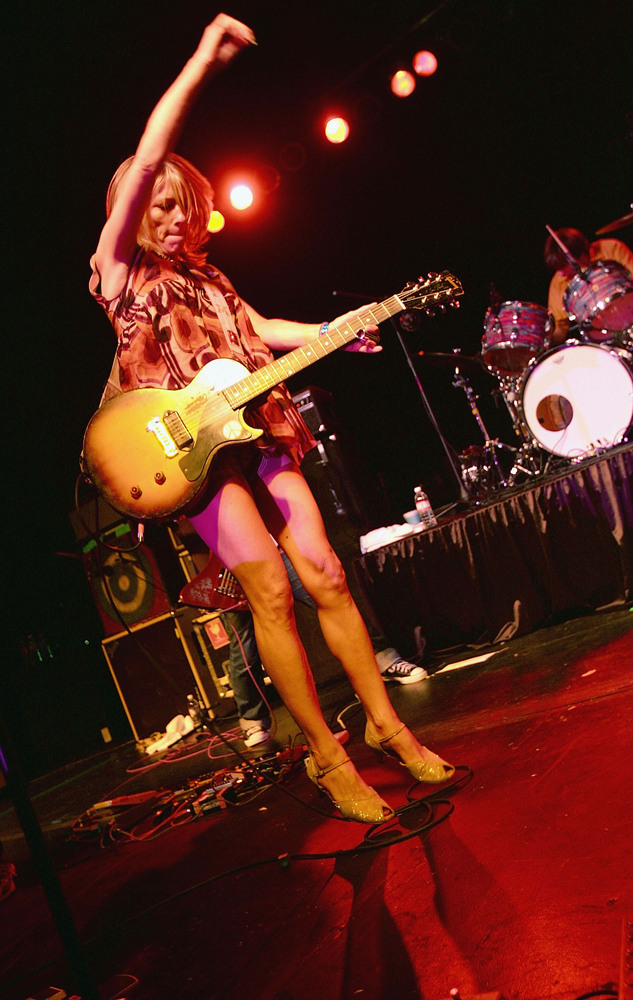