Kim Gordon has a busy month ahead of her.

The Sonic Youth co-founder is due to release a new double-record with free-noise guitarist, Bill Nace. The two musicians are the sole members of Body/Head, an experimental group that formed in 2011, shortly after Gordon announced her separation from husband and No Wave icon, Thurston Moore.

Body/Head's upcoming album, "Coming Apart," marks the duo's widest distribution yet, delivering two LPs worth of Nace's ominous riffs and Gordon's bellowing vocals. Call it "unrock" or "scripted improvisation," the collaborators serve up minimal, raw sounds corralled by the reinvigorated screams of Gordon that seem to live in a genre all their own. 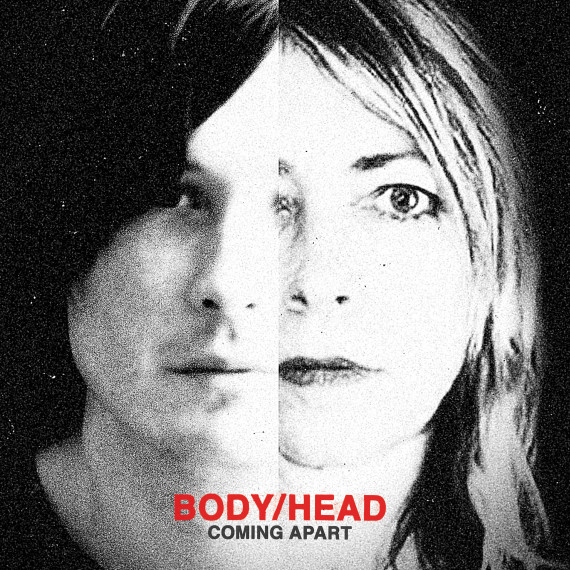 "My friend Ed Yazijian called [the music] 'alchemy,'" Nace explained in an email exchange with The Huffington Post. "Kim improvises lyrics sometimes while we're playing, or she'll have something she was working on earlier. It's a process in a way, being open to whatever happens. But also cultivating a language that works best between the two of us."

Besides the album, Gordon's also preparing for a major art exhibition at White Columns -- a retrospective that echoes her first art show back in 1981. Including photographs, text, videos, paintings and sculptures, the sizeable survey comes on the heels of a summer filled with big shows by male artists like James Turrell, Paul McCarthy, and Jeff Koons.

"It’s so weird promoting an art show," Gordon mused during our interview. "I feel like, I don’t want to be James Franco."

It's this cool attitude and sharp sense of modesty that no doubt keeps fans entranced, whether they're trekking to see her artworks or crowding a stage to hear her shred. Ahead of her month of madness, Gordon chatted with us from her home in Northampton, Massachusetts, filling us in on art school side-jobs, garage strikes in New York City and her complicated relationship with Twitter.

So what brought you to the middle of Massachusetts?

I don’t know. I guess we just needed a place to raise our daughter. It was a good secondary market, we had friends who lived here. We needed more space. And New York is expensive. [Laughs]

But you started out in Los Angeles, where you went to art school. What were some of your side-jobs back then?

Horrible. He was mean. He yelled at us all the time. “Faster, Faster!” [Laughs]

Well, other than Larry, who were some of your other art icons and mentors in school?

Did you feel like you weren’t really surrounded by female artists at the time?

No, there really weren’t a lot of female artists around me at that time. I mean, there was the feminist movement. I liked their ideas but I wasn’t necessarily a part of it. I studied it, but I never really focused on feminist art. Not so much.

Do you characterize yourself as a feminist today?

Yes, I believe in womens’ rights, of course.

Does it play a role in your musical or artistic career?

Sure especially if you think it does! Or if anyone has gotten any inspiration from what I do or did. 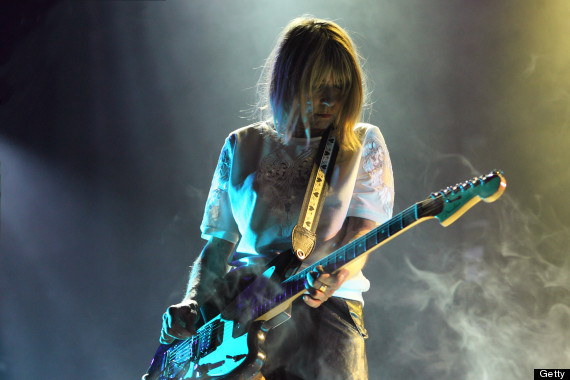 Kim Gordon of Body/Head performs on stage at Meltdown Festival 2013 at the Queen Elizabeth Hall on June 20, 2013 in London, England. (Photo by Burak Cingi/Redferns via Getty Images)

What are some of your first memories living in New York City? What was your first summer like?

I’m pretty sure there was a garbage strike going on. I first stayed with a friend’s younger sister who lived down on Fulton Street. It was when I came for a few months to see if I wanted to move there. I worked as a waitress and and also for Anina Nosei and Larry Gagosian when they had a private gallery. This was before Gagosian moved to New York. I was the receptionist but I didn’t really know how to type. But that’s where I first met Richard Prince. He brought in his early watch ad photos.

You did an interview in New york with Dangerous Minds back in ‘88, and you talked about switching from the art world to the music world. You said you switched because “it was more fun to play music.” Do you still agree?

Part of my desire to play music was because I wanted to escape the art world and the politics of it; the petty gossip-y art world. But you know I feel like they’re both equal forms of expression. I’ve done art on my own and I’ve also collaborated with other people to make art. And collaborating with other people is always interesting because you end up doing things you probably wouldn’t do otherwise.

You're collaborating with Bill Nace on Body/Head’s new album, “Coming Apart." Where does that title come from?

Well, the title comes from this book I was reading about Catherine Breillat’s films -- she’s a filmmaker that we both like. Her films are pretty intense. They’re about women and their bodies and relationships and sexual control. So the title came out of this. It’s almost like we had a name before we had a band.

I think Twitter is interesting. I’ve actually been doing some paintings based on people’s tweets. You know, I do retweet some of the things that people say about the things I’ve done, but I don’t necessarily want to use it to promote myself because I find that it gets kind of boring. There should just be whole different site for that. Because it’s just kind of boring and gross to use it just self-promotion. It’s just not the most interesting use for it. But it is to the point where you almost don’t have to do interviews anymore. Because you can just tweet about what you’re doing.

It’s kind of sideways way of learning about someone. I can’t even really grasp it yet. I don’t really even know how to, um, really tweet yet. [Laughs] And I’m kind of freaked out because some people just tweet amongst their friends, but then I realize, for me, people follow me because of who I am. So then I have to be careful about what I say.

The world learned about your obsession with Friday Night Lights on Twitter. Any new shows you're interested in? We saw you retweeted Lena Dunham's comments on "The Fall."

Yeah, I watched that. It only had six episodes though. I'm not really watching anything else right now. I do find myself watching a lot of shows about women in crisis. Like “Scandal.” I think I relate to this idea of having to hold all of these things together and having a million things going on.

You have served in all these different roles -- artist, musician, designer. If you could start over in a totally different career, what would it be?

What would your advice be for a young artist starting out today?

Well, you still have to really follow the thread of whatever you’re interested in and see where it leads. But if you want to be a musician, or whatever it is, ask why? Make sure you really want to do it. Because you might actually achieve it. And if something makes you feel awkward or uncomfortable or unsuccessful, it’s probably exactly where you want to be.