A video of Kim Jong Un attending the 20th anniversary of his grandfather's funeral appears to show the North Korean leader limping -- and no one is quite sure why.

The video, shared to YouTube on Monday, features the unsmiling leader walking stiffly across a large stage, then bowing in front of a large portrait of his late grandfather, Kim Il Sung. Thousands of uniformed North Koreans look on, applauding.

Reuters speculates the limp may be related to the 30-year-old leader's recent visits to military installations on the country's east and west coasts, but ultimately concludes the cause of the awkward gait isn't "immediately clear."

The apparent show of a weaker leader is rare for the country, which is notorious for its highly choreographed displays intended to project power and confidence.

According to The Guardian, Kim Il Sung had an inoperable, tennis-ball sized tumor on his neck. As a result, state media were forbidden from filming him from certain angles.

According to The Wall Street Journal, Kim Jong Un smokes heavily and may have gained weight recently, fueling speculation in South Korea regarding his health.

Kim Jong Un Is Limping In North Korea's Latest Video, And No One Knows Why
Kim Jong-Un Inaugurates Cemetery For Korean War 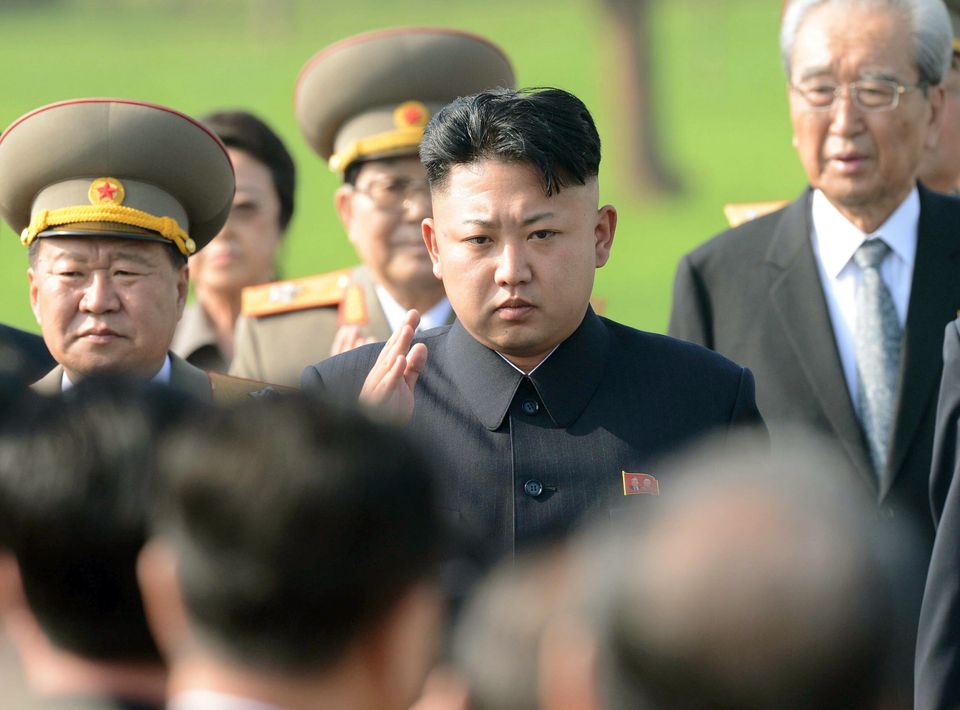 1 / 9
North Korean leader Kim Jong Un, center, attends an inauguration ceremony for a cemetery for Korean War veterans on Thursday, July 25, 2013 in Pyongyang, North Korea marking the 60th anniversary of the signing of the armistice that ended hostilities on the Korean peninsula. (AP Photo/Kyodo News)
AP