Kim's new hairstyle remains cropped on the sides and heavy on top, but he appears to have grown his hair out and had it sculpted into a trapezoidal shape. And, for good measure, it seems as if he's had his eyebrows trimmed:

Here's a side-by-side comparison of Kim's new look with an image taken a year ago:

Some on Twitter have pointed out that Kim's new hairstyle looks a lot like Pauly D's from "Jersey Shore," which led the DJ to retweet this comparison:

CNN called it a "power haircut." The New York Daily News described it as "barbarous." New York magazine said it was "ambitious." And Vox had a list of 29 questions about the hair.

While much ado is being made over the 'do, it's really just a more sculpted version of a look Kim sported for a period of time last spring, right down to the eyebrows: 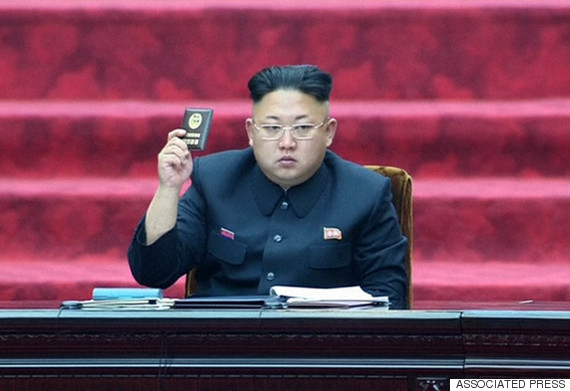