No matter how hard you try, it's nearly impossible to resist becoming an enthusiastic or begrudging member of the Kardashian Kult. We don't know how it happened, nor do we understand why, but the reality TV family has become an actual topic of conversation, debate and articles -- like this one, sorry!

The reigning Queen of the Kardashian Klan is, of course, Kim, who, through a combination of selfies, marriages, divorces, civil rights activism, a video game, and a sex tape, has managed to make herself the Elizabeth Taylor of our time... or something. 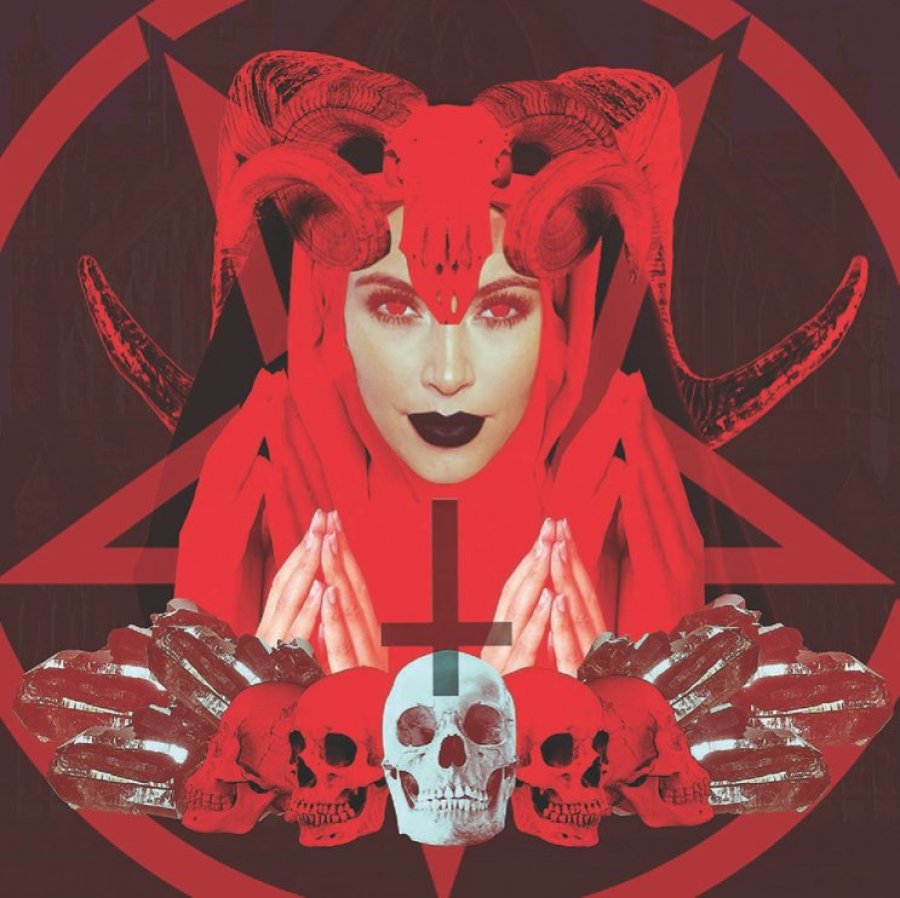 A Brooklyn-based artist is calling us all out for our Kardashian-centric ways through a series of dizzying depictions of Mrs. West as a variety of religious icons. Hannah Kunkle delivers Kardashian as the Virgin Mary, Medusa, the devil and even Kleopatra. The 23-year-old artist's garish style, somewhere between net art and religious tapestry, perfectly captures the absurdity of our nation's Kardashian obsession and predilection towards celeb idolatry in general.

"Kim Kardashian is the subject of this series because she is someone I and many others are fascinated with without even sometimes knowing why," Kunkle explained to The Huffington Post. "She is everywhere we look and knowledge of the ins and outs of her life is almost unavoidable... Kim Kardashian has such a strange version of fame. We don't totally understand what makes her so fascinating."

Kunkle's work recently went on view in a Bushwick exhibition titled "The Passion of Kim Kardashian." Not too surprisingly, the religious community was unamused. "It's deplorable," Pastor Reggie Stutzman of Real Life Church told The New York Daily News. "It's sacrilegious, irrelevant, and disrespectful... It's idol worship."

The Hindu community wasn't too keen on Kunkle's artistic vision either. "I am certainly not happy about this," said Dr. Uma Mysorekar, of the Hindu Temple Society of North America. "Any religious symbol should not be used or abused."

Yet Kunkle, who thought the backlash was "pretty hilarious," wasn't about to let religious tradition get in the way of celebrity obsession. "Kim Kardashian is God," she summarized to VICE. "She’s crazy bodacious and has the nose job of an angel. I don’t know if she’s omniscient, but no one can deny she’s not omnipresent. Kim floats above us all, even the deniers and the haters. We have accepted her into our lives via television screens, memes, and Instagram feeds. If Jay Z is the father and Yeezus is the son, then she is the ever-present holy ghost of pop culture."

See Mrs. West in all her psuedo-divine glory in the artworks below and let us know your thoughts in the comments.

Female Artists On Our Radar Arts Kim Kardashian The Kardashians