Another day, another photo of Kim Kardashian in a bikini, because that's how the universe works. And because the reality star always seems to be on vacation.

Of course, when living your life in front of a camera happens to be the majority of your job, and your life happens to take you to gorgeous and luxurious locales, the line between work and vacation tends to blur. It could be argued that though Kardashian is technically on vacation in Mexico with her husband Kanye West and their adorable daughter North, she's still hard at work due to all the photos she's posting to Instagram. Considering that a large part of Kardashian's job involves ensuring that the public remembers she exists, her constant updates on social media, truly are part of the grind.

But who are we kidding? Taking selfies isn't exactly manual labor, and by our count, the 33-year-old has clocked a ton of vacation time this year.

There were numerous trips to Paris, a family vacation in Thailand, her honeymoon in Ireland, which was followed up two weeks later with a quick trip to Punta Mita, Mexico. And now, a little over a month later, she's relaxing again in Punta Mita, where she posted a bikini photo, writing simply, "#Tanning."

UPDATE: Kim's still hard at "work," even on her last day of vacation. It's like she can't stop posting bikini photos. 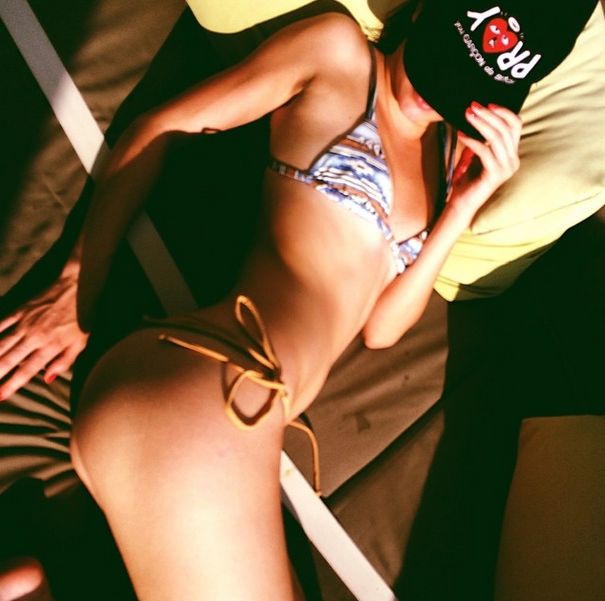