Kim Kardashian has basically made a career out of her bodacious curves, and a new survey confirms that her ample bikini selfies and skintight dresses are just what her fans want to see. Her male fans, at least.

British lingerie brand Bluebella conducted a survey asking 1,000 people what makes a "beautiful" body. Deconstructing celebrities' facial and body parts (sure, it's not like they're human or anything), the results are wildly different for men and women: 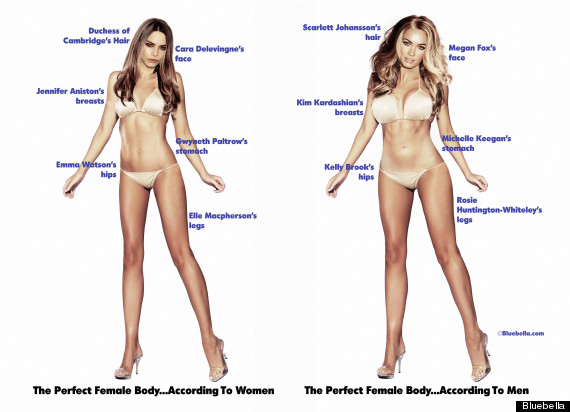 "Interestingly, the sum of all these parts does not match perceived physical perfection -- neither men nor women opted for six-foot, stick-thin teenage models," said Bluebella founder Emily Bendell. "It's great to see such a range of ages and shapes."

We bet Kanye West is writing a song about this as we speak.