Kim Kardashian has showered her new kitten with affection since receiving Mercy, a purebred Persian Teacup, as a gift from beau Kanye West. But rather than basking in all the attention, the tiny white fur ball appears curiously despondent in the seemingly endless stream of photos Kardashian has shared on Twitter.

In fact, Mercy looks so melancholy that a parody Twitter account was created to voice some of the feline's presumed grievances.

But it looks as if we've finally found an antidote to Mercy's ennui.

In new video footage taken by Kardashian, Mercy sits perched atop Kim's laptop keyboard and becomes rapt by the computer's fish screensaver -- in fact, this is the most enthralled we've seen her.

"She’s either trying to read my emails or she’s interested in getting her own blog," Kardashian surmised on her Celebuzz blog.

Watch Mercy get mesmerized above! 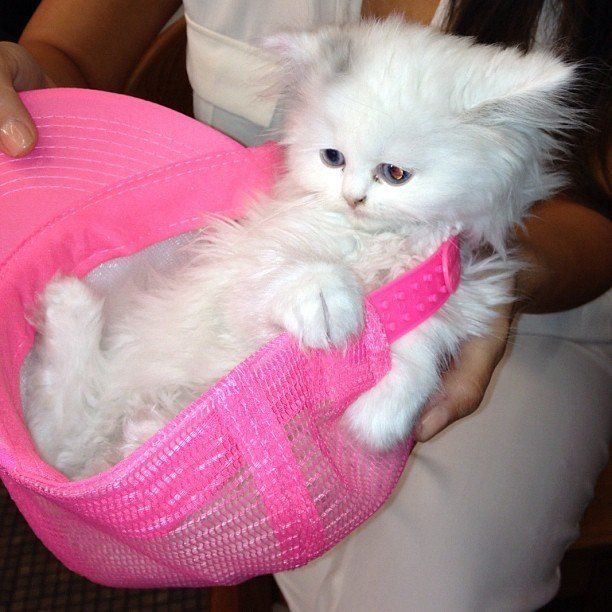