We understand it must be difficult shopping for Kim Kardashian, especially if you are Kanye West.

What does one buy the woman who already has everything, even when money is no object? It's not easy. We can just imagine West pacing back and forth, trying to figure out how he would ever manage to top the massive engagement ring he just proposed to Kardashian with in October.

The 36-year-old rapper apparently settled on a large Hermès Birkin bag, hand-painted with naked ladies on it, which many are calling a "waste of Birkin."

Kardashian revealed West's gift on Instagram on Dec. 26, and was also spotted carrying the Birkin, which was painted by contemporary artist George Condo, while shopping at a sporting goods store in Los Angeles alongside her fiancé.

West is a huge fan of Condo's work and previously commissioned the artist to create a series of paintings for the cover of his 2010 album, "My Beautiful Dark Twisted Fantasy." And while the total cost of the one-of-a-kind gift is unknown, a Birkin bag of that size retails for around $16,000, while one of Condo's paintings sold for $1.3 million at an auction in 2012, according to The Daily Mail. 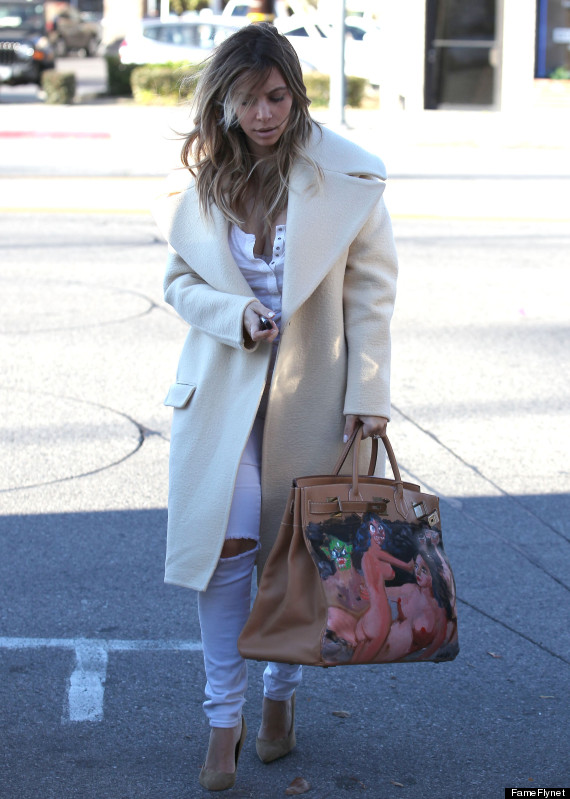 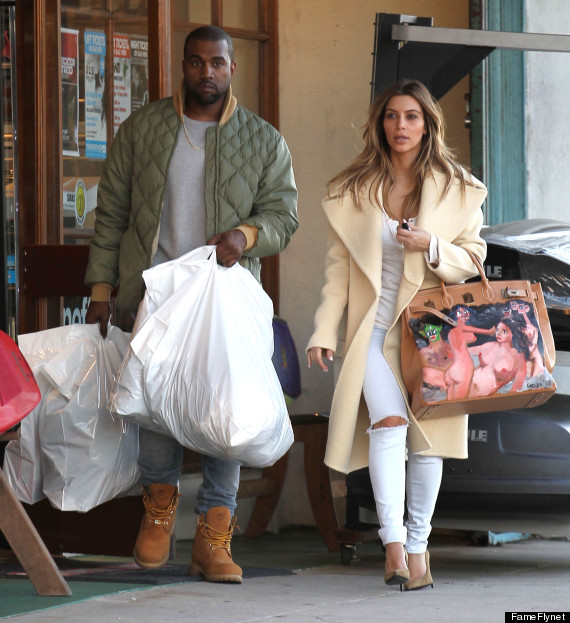