After a London phone booth photo-op, Kim Kardashian is now in Paris, promoting the new season of 'Keeping Up With the Kardashians' and posing for photos at every store she visits.

On Wednesday Kim and mom Kris Jenner spent more than $100,000 on handbags, including a $30,000 crocodile-skin bag for Kim, at the Hermes store. They were also mobbed by fans and photogs in the Louvre, TMZ reports, before taking a picture by the Mona Lisa for Kim's Twitter page: 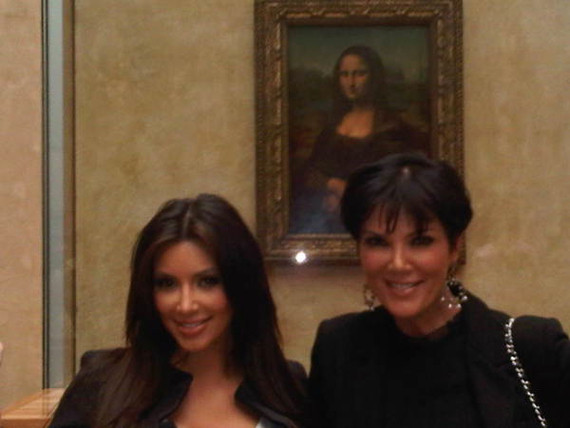 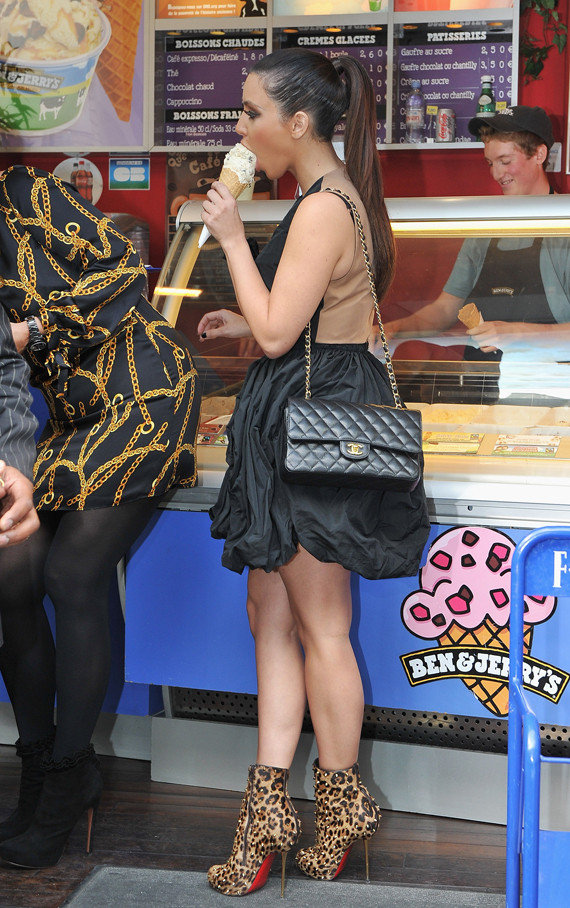 And posed in the Bulgari boutique: 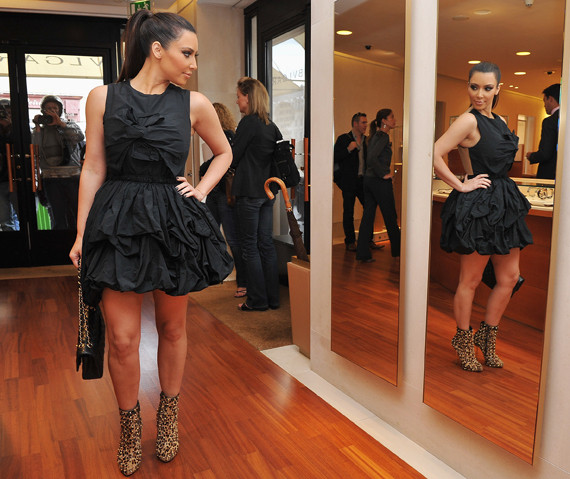 "Omg!! I'm being chased in Paris!" she tweeted with the photo below. As she complained about the paparazzi attention, she apparently had a press photographer with her in the car. Getty has photos very similar to Kim's, taken from inside her car. 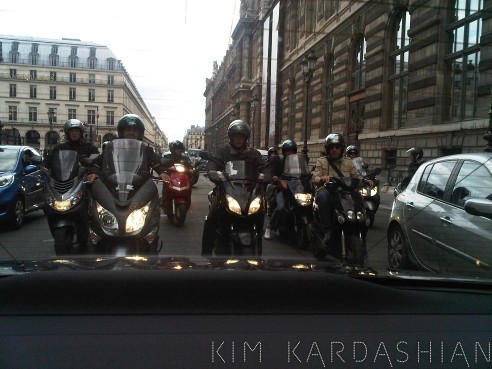 And here is a Getty pic: 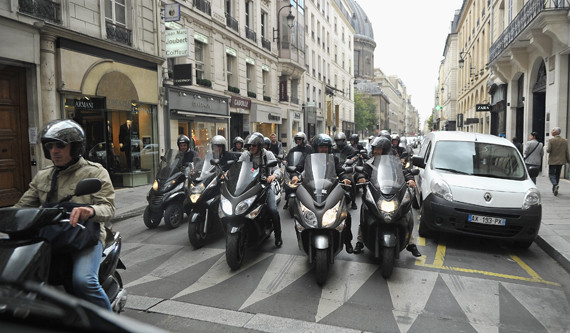