As the nation prepared to hear Barack Obama's speech at the Democratic National Convention, Kim Kardashian had a special message: She was on her way.

The celebrity was jetting over -- literally -- to Charlotte, North Carolina, where she was due to appear at an afterparty. (Apparently afterparties for conventions exist, and Kim Kardashian hosts them.)

The reality-TV star was coming from New York, where she was taking part in Fashion's Night Out, an all-evening party aimed at stimulating retail income.

She took her phone out and snapped a pic on the plane, and then she tweeted it with the following message: 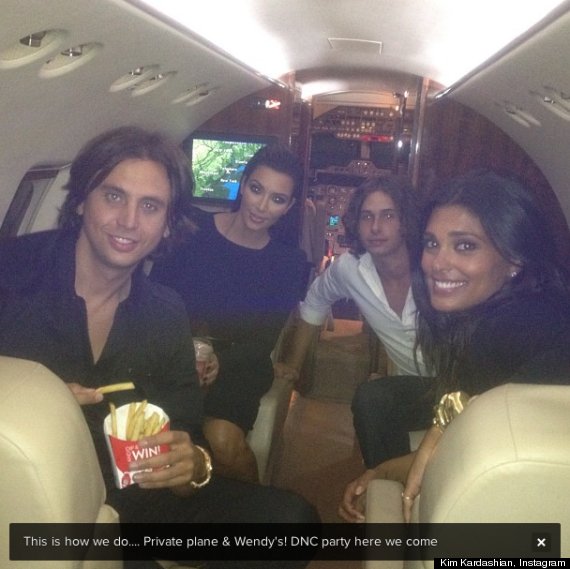 And in case you're trying to catch Kim in Charlotte:

So excited for tomorrow! Fashion's Night Out and then the Official DNC after party at Club Hush in Charlotte, NC! Gonna be a fun night #spon

More photos from the DNC: