Congratulations go out to Kim Kardashian and Kanye West!

The 35-year-old reality star gave birth to a baby boy on Saturday.  The news was confirmed via Kim's blog with a post that read, "Kim Kardashian West and Kanye West welcomed the arrival of their son this morning. Mother and son are doing well."

The little bundle of joy is the second child for Kardashian and West, who welcomed their daughter, North, in June 2013.

The couple was open about their desire to expand their family, with Kardashian revealing her exciting pregnancy news on an episode of "Keeping Up with the Kardashians" in May. A month later, she announced she was expecting a baby boy by sharing an Instagram photo of her husband and daughter, which she captioned, "Precious moments like this when we were traveling on tour with you are what I live for. You're such a good daddy to North & you will be the best daddy to our new son too!"

Precious moments like this when we were traveling on tour with you are what I live for. You're such a good daddy to North & you will be the best daddy to our new son too! 👨‍👩‍👧‍👦

Kardashian also made it no secret that she didn't exactly enjoy her second pregnancy, calling it "the worst experience of my life" in a post on her website.

Of course, the star didn't exactly have a smooth pregnancy the first time around either, having suffered from preeclampsia and placenta accreta, which contributed to her fertility issues. In late November, she wrote that she was having a lot of anxiety because her baby was in a breech position, and a week later underwent a procedure called an external cephalic version (ECV) to manually turn the baby so he's in a head-down position.

As for names, well, we haven't heard anything yet. As for sharing the first photo of their son, for reference, the couple waited a full two months to give the world its first look at North, in a very calculated reveal during the rapper's appearance on Kris Jenner's talk show. 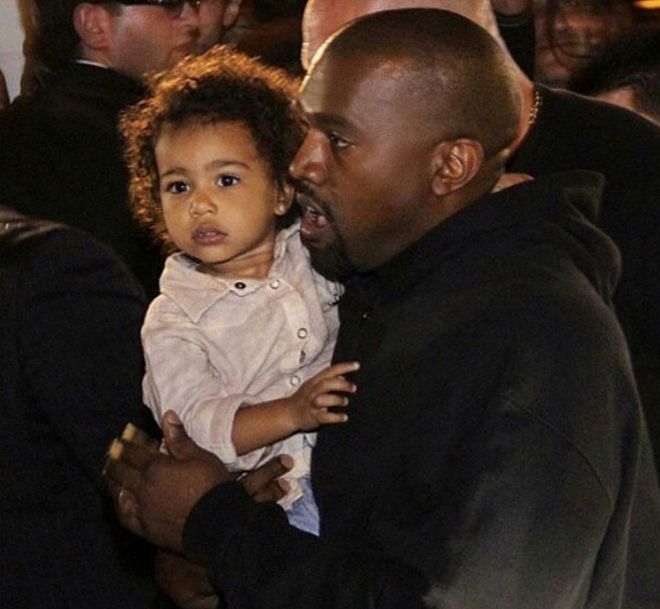