Kim Kardashian thinks God had something to do with the changes her body went through during pregnancy.

"I'd think God was doing this for a reason. He was saying: 'Kim, you think you're so hot, but look what I can do to you,'" Kardashian told Elle U.K. for the January 2015 issue. "My body just went crazy. After five months I swore I'd never get pregnant again. I got so huge and it felt like someone had taken over my body. I’d be sitting there, nearly 200 pounds, crying and swearing this will never happen again, and sometimes I’d actually be laughing about it."

The 34-year-old, who has been open about the difficulties she faced while pregnant with North and the incessant tabloid criticism, said she hasn't always felt comfortable in her own skin. When she was growing up, she said, "the body to have was the tall, slim, supermodel one, like Cindy Crawford's."

"I’m an Armenian girl, I have shape, and it turned out people liked that," she said. "That makes me feel good about myself and about other women for being so supportive. I am a confident woman, but I didn’t just arrive confident -- it has built over the years and that is a big part of who I am now."

For more with Kim Kardashian, head over to Elle U.K. 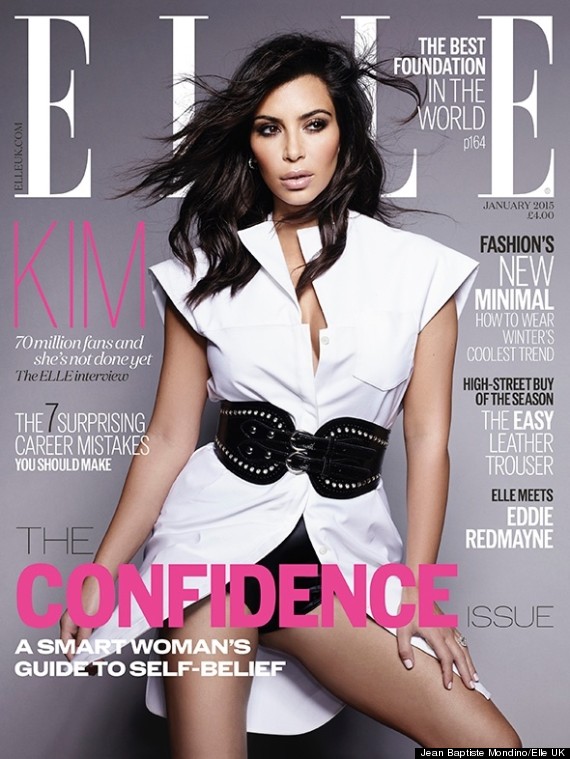 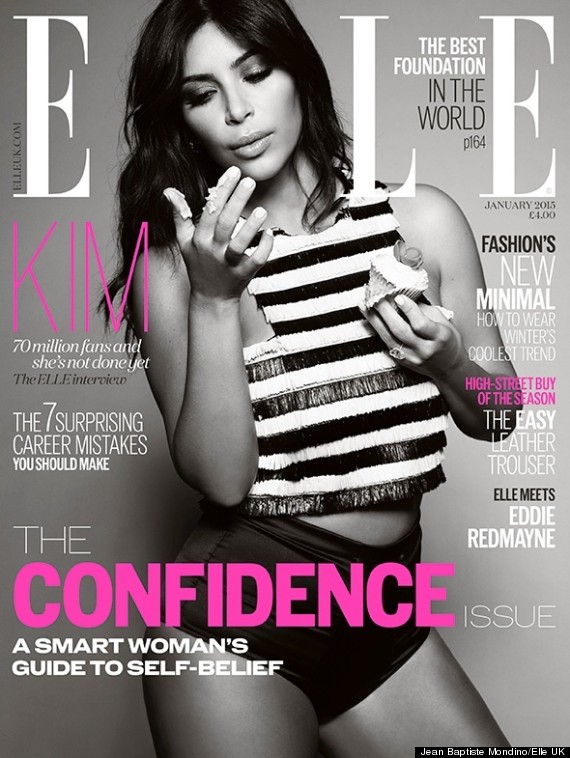 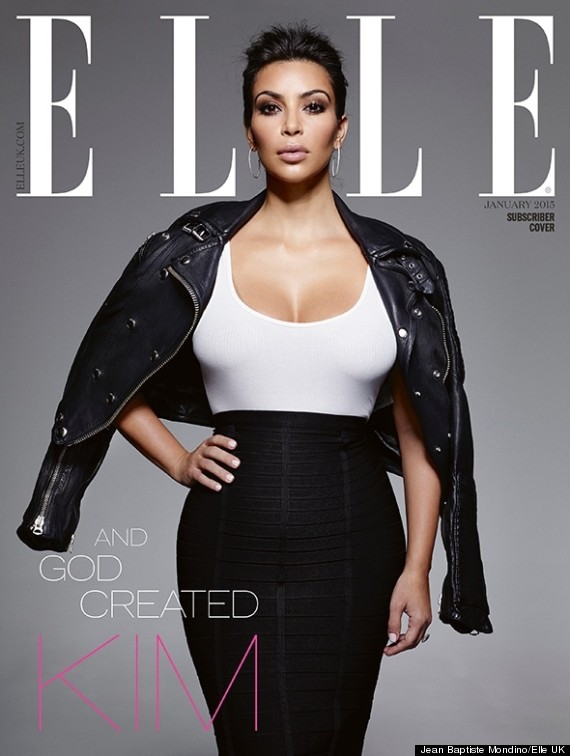