Despite what you may think, Kim Kardashian isn't perfect. She says so herself. While covering Cosmpolitan's UK edition.

The reality star rocks a bikini and talks about her body insecurity in the new edition of the magazine, confessing her love for ice cream, acceptance of cellulite and discussing her well-photographed back side. Along with the article, she gives her eight body confidence commandments.

Her first commandment: Cellulite is not a crime.

"When I was criticised for it, I said, 'I have cellulite. So what!,'" she tells the magazine. "I've never claimed to be perfect. It's crazy anyone should assume that just because you're in the spotlight, you're flawless. Sometimes I pig out and I still feel great, and think, 'That was so worth it!' That's how I feel a lot of the time. I think, 'See this little dimple of cellulite here? It was so worth it for that cookies 'n' cream ice cream!'"

She also embraces her backside and appreciates her curves and is proud to say so.

"I see ridiculous stories about my butt, like how it has been insured," Kardashian says, referring to a long line of rumors. "I feel like saying, 'Hey, everyone has a butt. It's not that big a deal!' But I suppose it's flattering. Personally, I've always loved the curvy look. Even when I was a little girl and all my friends would be like, 'Oh, my god, your butt's so big.' And I'd say, 'I love it.'"

Kardashian, whose show "Kourtney and Kim Take New York" just wrapped on E!, has been out in the media in full force of late. All the Kardashian ladies covered Redbook last week, and she stepped out in a little black dress at the Victoria's Secret Summer 2011 swimwear launch last Wednesday. 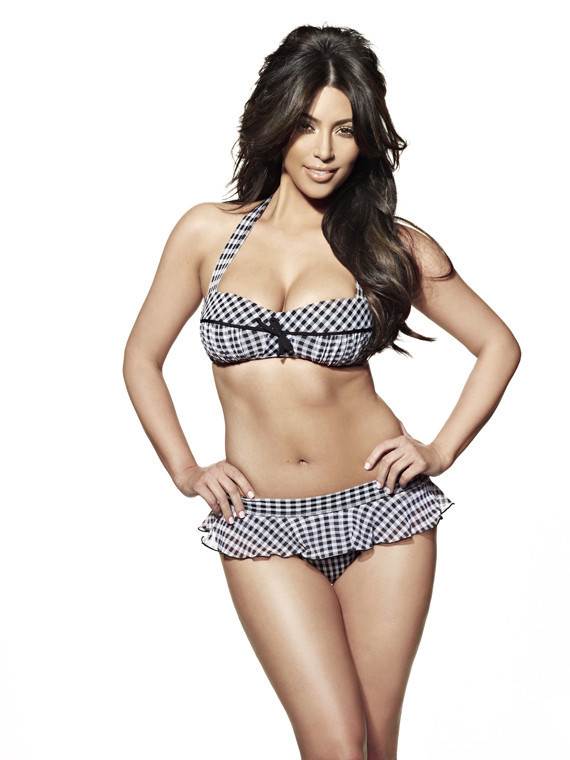 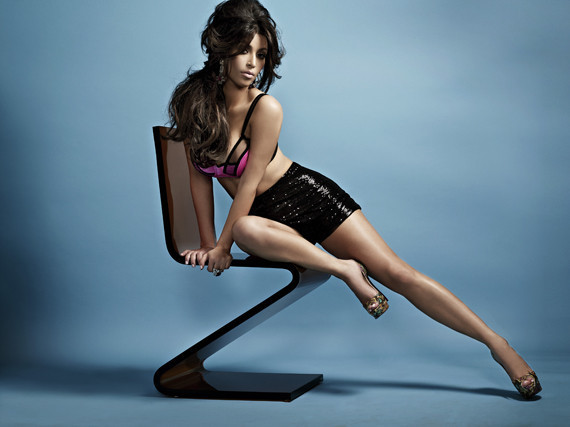 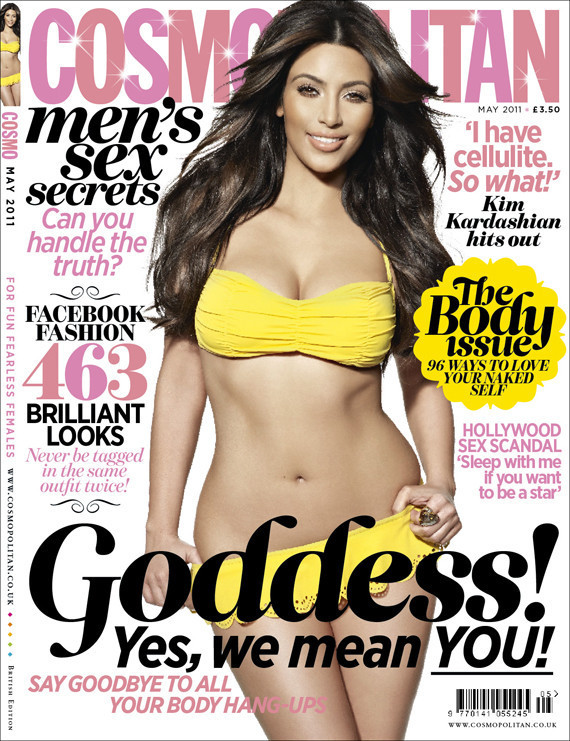