Love is in the air for Hollywood's newest and most buzzed-about couple: Kim Kardashian and Kanye West. The couple, who were first spotted together earlier in April, were reunited in New York last weekend, and continued to take their budding relationship public Monday night.

According to Celebuzz, Kardashian and West stepped out, hand-in-hand, in the Big Apple to celebrate the opening of Scott Disick's new restaurant, RYU. (In case you can't keep up with the Kardashian family, Disick is expecting his second child with Kardashian's sister Kourtney.)

Thanks to an Instagram photo posted of the couple, it looks like Kardashian and West couldn't keep their hands off each other inside the party either.

Khloe Kardashian, who was also on-hand for Monday night's festivities, recently talked to Bravo's Andy Cohen about her sister's new relationship, and admitted that it's too soon after Kim's October split from her soon-to-be ex-husband, Kris Humphries, for her to be in a serious relationship.

"I don't think it's serious. I think it's too soon," Khloe said on Sunday's "Watch What Happens Live." "But because they've been friends for so long, it's just so easy and that's something I love seeing for Kim -- the easiness and how happy she is. And it's just more of a great friendship and friendships make the best relationships."

Check out a photo from Kim and Kanye's night out below: 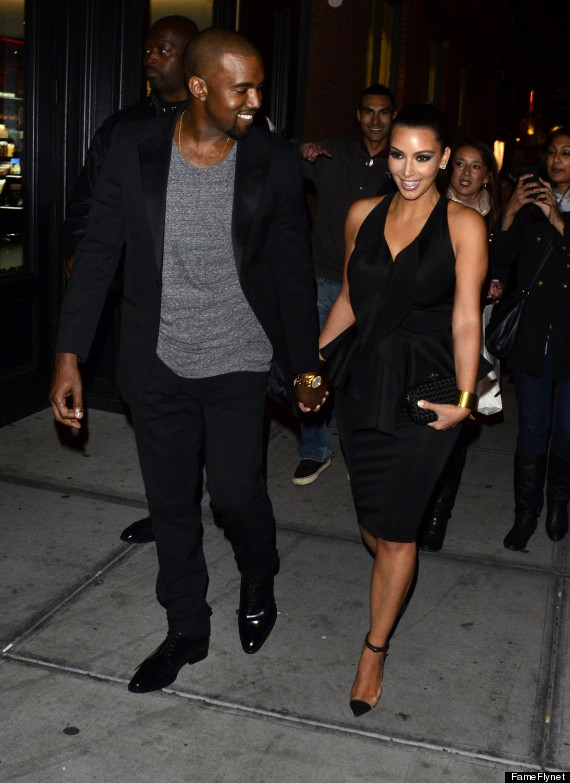 PHOTO GALLERY
The Kardashians
Download
Calling all HuffPost superfans!
Sign up for membership to become a founding member and help shape HuffPost's next chapter
Join HuffPost