On Sunday night, reality TV queen Kim Kardashian took to Snapchat to expose Taylor Swift once and for all. In one Snapchat video, the 35-year-old showed the world that Swift did approve Kanye West’s song “Famous,” despite the “1989” singer’s denials.

The clip, which Kardashian alluded to in her recent GQ profile, proves that Swift at least had knowledge of the line, “I think me and Taylor might still have sex” ― she even considered it a compliment ― but it’s unclear whether West informed her of the “I made that bitch famous” lyric. Alas, here we are, witnessing the celebrity feud of the century.

Following Kardashian’s snap, celebrities like Selena Gomez and Chloë Grace Moretz unnecessarily added their voices into the mix, and the internet had a field day. By the looks of things, Swift won’t be getting out of the woods any time soon.

Here’s everything that’s happened so far. (Hope you’re prepared, because things are about to get shady):

The mother of two posted the below video of her husband talking to Swift on the phone about his song “Famous.” You can hear Swift thank Ye for calling her to give her a heads up, saying it’s “so nice.”

In this clip, Swift even said she’d tell journalists on the Grammys red carpet that she was in on the joke. But we know that’s not what happened at all.

“That moment when Kanye West secretly records your phone call, then Kim posts it on the internet,” she wrote on Twitter, along with a lengthy statement.

Though she previously denied having any knowledge of specific song lyrics, Swift really had no defense against the video evidence. All she could do was take issue with the fact that West called her “that bitch” in the song. At this point, it’s tough to tell whether or not Swift really knew about the fact West was going to call her “that bitch,” as the video doesn’t show the two discussing it.

After releasing her statement, the internet basically turned their backs on the pop princess and started sharing tweets with the hashtags #TaylorSwiftIsOverParty and #KimExposedTaylorParty.

-Kim Kardashian has no talent..
-Then who ended Taylor Swift? Explain #TaylorSwiftisOverParty pic.twitter.com/YpIhw0YNJq

#taylorswift still trying to play the victim. Your girl squad needs to sit down and stop trying. #TaylorSwiftIsOverParty

In defense of Swift, her BFF Selena Gomez inserted herself into the feud, and got dragged through the mud as a result.

In a series of tweets, Gomez said she was “disappointed” with the entertainment industry and told her followers, “There are more important things to talk about.”

There are more important things to talk about... Why can't people use their voice for something that fucking matters?

Truth is last thing we need right now is hate, in any form

This industry is so disappointing yet the most influential smh

The tweets didn’t go over so well. People on twitter instantly called Gomez out for being hypocritical, as she generally stays quiet on those very important issues she tried to bring attention to.

Remember when a club full of your fellow latinos were gunned down and you said not a damn thing? https://t.co/MPz2LGOeh8

@selenagomez you literally have not used your voice, or lack thereof, to speak on any of the tragedies in the world within the past 4 months

Los Angeles Times journalist Gerrick D. Kennedy was among those who called out Gomez, saying he was “offended” by her tweets because she failed to comment on “important matters” when asked in the past.

I'm actually offended at that comment. Because you've been asked to speak out on important matters and your camp said "no thanks."

She did get a little support, though.

So y'all just forget about @selenagomez activism and charity work because she has an opinion?! 🤔 #GoToSleepSelena pic.twitter.com/1301TbzoT1

According to Entertainment Tonight, Lovato reportedly started following Swift’s ex, Calvin Harris. Meanwhile, Perry tweeted about her new single, “Rise,” which some took to be a comment on the feud.

#RISE above it all: https://t.co/ToeZNtE4rE

Singer Zendaya, who was a member of Swift’s “Bad Blood” squad, also reportedly watched the drama unfold online. According to The Shade Room, the 19-year-old liked and unliked some shady tweets about Swift. Pharrell Williams was also among those who reportedly sided with Kardashian by favoriting a tweet, according to Just Jared. (He has since un-favorited said tweet.)

The next celeb to jump in was Chloë Grace Moretz, who herself had a previous feud with Kardashian.

Stop wasting your voice on something so petulant and unimportant

Things didn’t go over so well for her, either. Kim’s sister Khloe stepped in with this tasteless tweet:

Is this the a hole you're referring to @ChloeGMoretz ??? pic.twitter.com/h56S8FvNWr

In response, Moretz posted her own bikini photos from the set of “Neighbors 2,” seemingly to prove she DGAF about Khloe’s tweet. She also corrected the Kardashian sister:

@khloekardashian fact check: first photo is me filming my movie Neighbors 2, the second photo is some girl who was wrongfully photographed

A few others, including Ruby Rose of “Orange Is the New Black,” called Khloe out for being a bully.

@ChloeGMoretz @0hbubbl3s @khloekardashian Yo Khloe I thought you were rad when I met you but this is awful and this is a 19 year old girl.

@khloekardashian @ChloeGMoretz this is stupidity. i never tough you could be so childish like this. im out, hope youre having a great day

I’m the last person to bully but have an animal instinct to protect and defend my family.

Oh, and Justin Bieber posted this video, which may or may not be about the feud.

This whole feud started when Ye released “Famous” earlier this year. Swift initially claimed to have absolutely no knowledge of the track, even though the rapper insisted he had an hourlong phone call with the singer about it. Kardashian then backed up her husband’s claim in her GQ profile.

Of course, Swift and West’s relationship had quite a volatile past, even before this mess. As you may recall, the “Jesus Walks” rapper interrupted Swift on stage while she was accepting her award at the 2009 MTV VMAs. Since then, they’ve had an on-again, off-again friendship ― there were plenty of flowers involved and Swift even awarded Ye with the Video Vanguard award at the 2015 MTV VMAs. 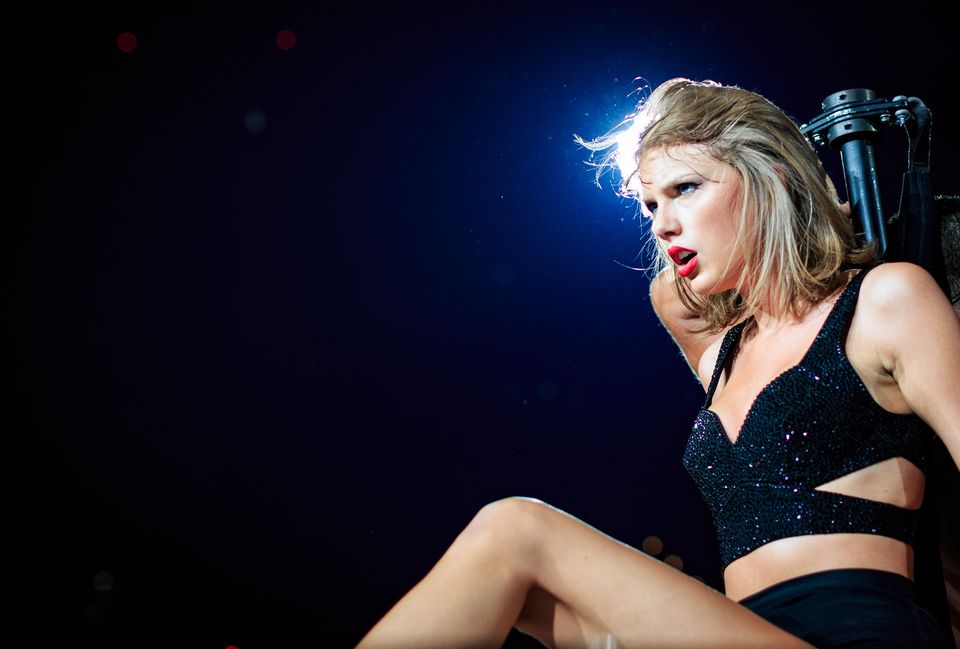