Kim Kardashian is becoming an expert at spotting style hits on fellow celebrities. The reality star has already donned the same dresses as both Gwyneth Paltrow and Kate Middleton, but this time her keen eye turned to Kate Winslet's polk-dot-paneled Stella McCartney dress.

The British actress, recently honored by Queen Elizabeth II herself, first wore the black sheath to the "Mildred Pierce" premiere in March 2011, keeping the look simple with slicked back hair and minimal accessories. The ever-graceful Kate avoided any possible wardrobe malfunctions with the sheer panel.

Kardashian wore a turtle-neck version of the popular dress while jumping into the Lamborghini she bought for beau Kanye West. The reality star also pulled her hair back and chose black, mid-calf boots and a matching satchel to complement the ensemble. But somehow she forgot to conceal her shapewear.

Red carpet wear and street style for the same dress certainly require different styling, but who mastered the look? Check out the photos below and weigh in.

UPDATE: Kim denies she was wearing shapewear, writing on her website on Tuesday, "I wore this gorgeous polka dot Stella McCartney dress out yesterday and I’ve seen some publications saying I’m flashing my Spanx or control underwear underneath the dress… but that’s exactly how I bought it with those nude panels inside. So no Spanx here! Stella made a full collection with these sheer panels on the side, and this is how my dress came. Xo." 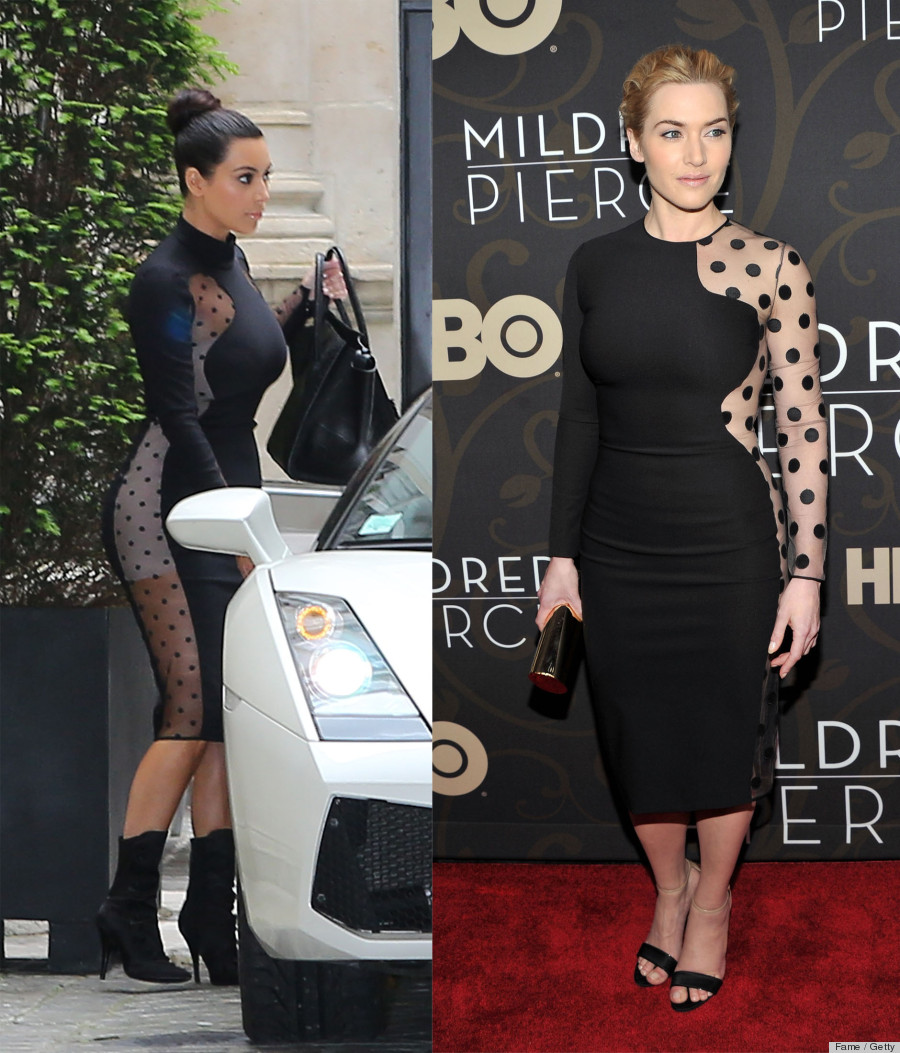 Who wore all of these ensembles better?

Who Wore It Better?