Kim Kardashian reportedly has plans to take it all off for the pages of Playboy once again.

RadarOnline reports that during a promo for an upcoming episode of "Keeping Up With the Kardashians," which will air on Sept. 29, a still pregnant Kardashian declares, "As soon as I pop this thing out, I want to do Playboy or some nude shoot.”

Since filming the episode, the 32-year-old reality star gave birth on June 15 to her daughter North West, and while Kardashian has yet to make her first big public appearance, the world got its first look at little Nori on Kris Jenner's talk show on Aug. 23. Kardashian has stayed out of the public eye since becoming a mom, and it would seem that posing nude is not actually on her list of immediate priorities since giving birth.

Still, Kardashian's insecurity about losing her sex appeal and cool factor during her pregnancy is something that has been explored this season on the show. In earlier episodes, Kardashian was seemingly obsessed with her teenage sister Kylie Jenner's opinion on everything, and was on a quest to appear on her Tumblr as a sign that she was still cool.

Although Kardashian shot to fame largely because of her sex tape with Ray J, posed nude for W magazine in 2011, and even had her breast grabbed by boyfriend Kanye West for the cover of French magazine L’Officiel Hommes this past year, the reality star wasn't fond of her 2007 experience with Playboy.

"I'm sorry I did Playboy. I was uncomfortable," she told Harper's Bazaar in 2010, though she was excited at the time. "Go for it," she recalls her mother saying. "They might never ask you again. Our show isn't on the air yet. No one knows who you are. Do it and you'll have these beautiful pictures to look at when you're my age."

Then again, Kardashian seemed to warm to the experience by the time she spoke to Glamour in January 2011, when she contradicted her previous statement, telling the magazine:

"[Playboy] was an independence thing for me. I was always by the book, such the straight arrow when it came to pleasing my parents and being a good daughter. I felt like this was one decision that only I could make. And I think it looks great. I'll have those pictures forever."

Perhaps Kardashian is now ready to strip down for the pages of Playboy again, but one thing is for certain: Motherhood is not going to stop her from doing what she does best. 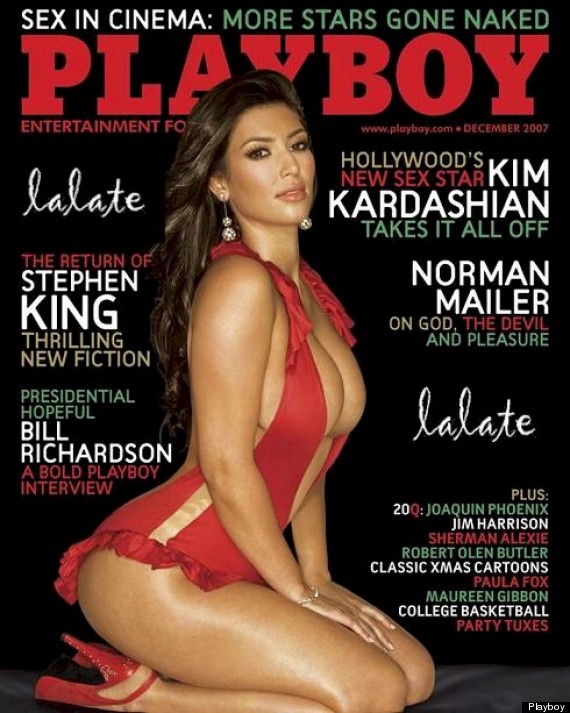