No, she was not arrested for overexposure.

Kardashian has guest-starred on several episodes of the series, playing relationship guru Nikki LePree, who swindled Stacy Pakery (April Bowlby) in order to nab the woman's life savings after they planned to open a pake shop together. Side note: "Pake" is pie + cake and Nikki credits herself as the co-inventor.

Nikki, who already has a criminal past, skipped town with the money, but, based on her prison orange duds, it appears as if her devious ways have caught up with her. Nikki landed in the slammer because Stacy has too many parking tickets, according to People magazine.

Nancy Grace will also appear in the episode with Kardashian, playing herself.

"I'm ecstatic to welcome Kim to the Diva family," creator and executive producer Josh Berman told E! News about Kardashian's role in the series. "In discussing the role of Nikki with her, I'm blown away by her smarts, sense of humor and passion. This series is all about reinvention, and I'm so excited to see Kim ‘reinvented' in the world of 'Drop Dead Diva.'"

“We wrote her a three episode arc. But, once she got on set and I was with her I got to see what her strengths were and we got to write to those," Berman previously told The Hollywood Reporter.

See Kardashian wear her prison orange on the Aug. 26 episode of "Drop Dead Diva," airing at 9 p.m. ET on Lifetime. 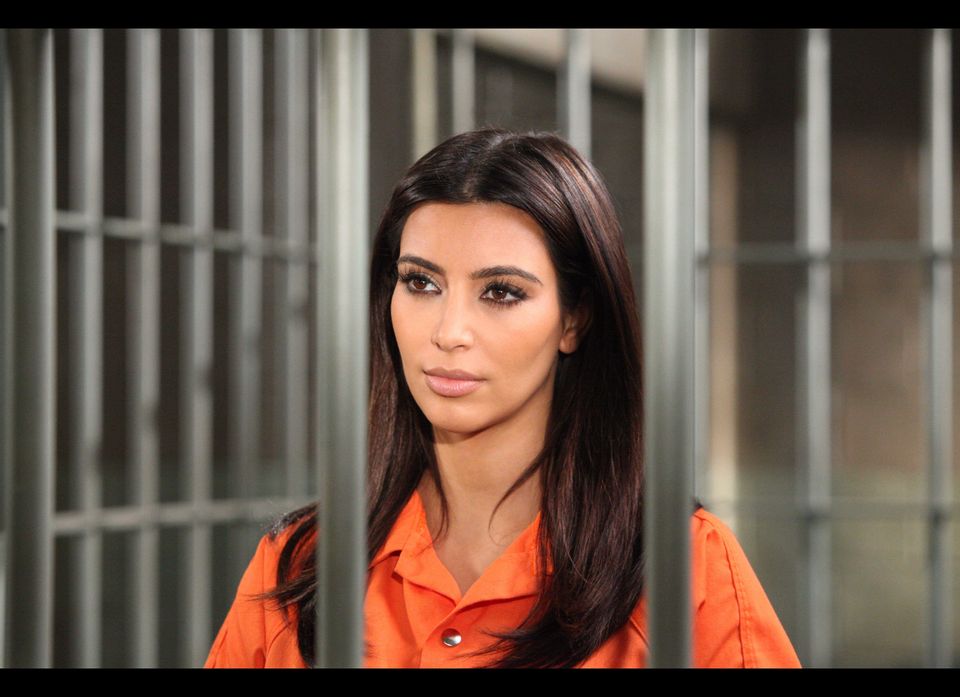