Kim Kardashian is an engaged woman once again, and once again the giant diamond ring is by Lorraine Schwartz.

Kanye West finally popped the question to Kimmy on Monday night at San Francisco's AT&T Park (yep, he used the Jumbotron and everything) with a 15-carat Lorraine Schwartz stunner. The only view we've gotten of the mega ring is via Instagram, meaning it's hard to see clearly. But one thing we know for sure: Kim downsized from her previous engagement ring.

Back in 2012, Kris Humphries proposed to Kim with a 20.5-carat Lorraine Schwartz ring, comprised of a 16.21-carat rectangular-cut center stone with two 1.8-carat trapezoid stones on each side. It reportedly cost Humphries $2 million, although he supposedly got a major discount.

We all know how Kim's marriage to Kris ended (that $2 million ring sold at Christie's for $620,000 just last week) -- does anyone think it might be a bad omen to go with another Lorraine Schwartz sparkler?

At least it's fractionally smaller. It couldn't really have gotten any bigger.

Check out the rings. Which strikes your fancy most? 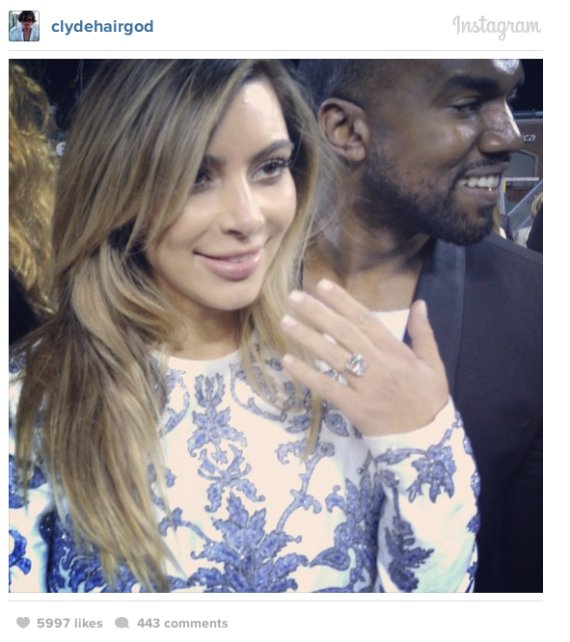 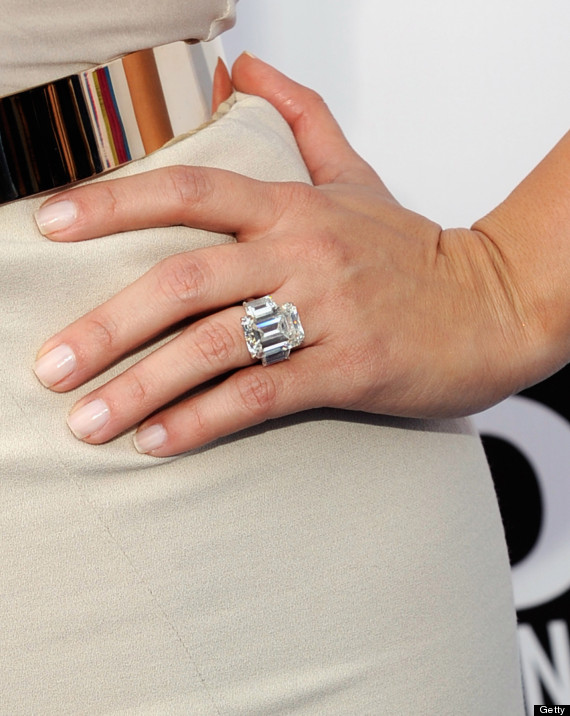 How big is TOO big?

CORRECTION: This post previously stated that Kim's marriage to Kris Humphries was her first. Kim was in fact married to music producer Damon Thomas prior to her marriage to Humphries.