Lest you think that Kim Kardashian's first foray into sheer maternity wear was an anomaly, let us present you with the second documentation of the reality star's penchant for risqué looks: Kim hosting a dance party in Canada in yet another peek-a-boo ensemble.

We're not even a full week into 2013, but the mom-to-be (momager-to-be?) stepped out last night to host a party at Cowboys Dance Hall in Calgary. Her look? Decidedly sheer -- again. In case you missed it, Kim kicked off the year in a bold, netted number for New Year's Eve. This time around, the 32-year-old opted for a more buttoned up, but equally as flirty outfit in a suit with a completely see-through blouse. (Is this the natural progression for a woman who likes to wear bras as tops?)

Of course, Kanye's main squeeze isn't the first pregnant celeb who has opted to pass on elastic-waisted pants during her time with child. Jessica Simpson traipsed her way through her nine-month stretch in six-inch stilettos, while Camila Alves defied all laws of fairness in bandage dresses during her three pregnancies.

So even though we're one look shy of a trend, we're going to go ahead and call it early: Kim K's maternity wear hallmark is sheer, sheer and more sheer.

Check out Kim Kardashian's look from last night and tell us what you think. 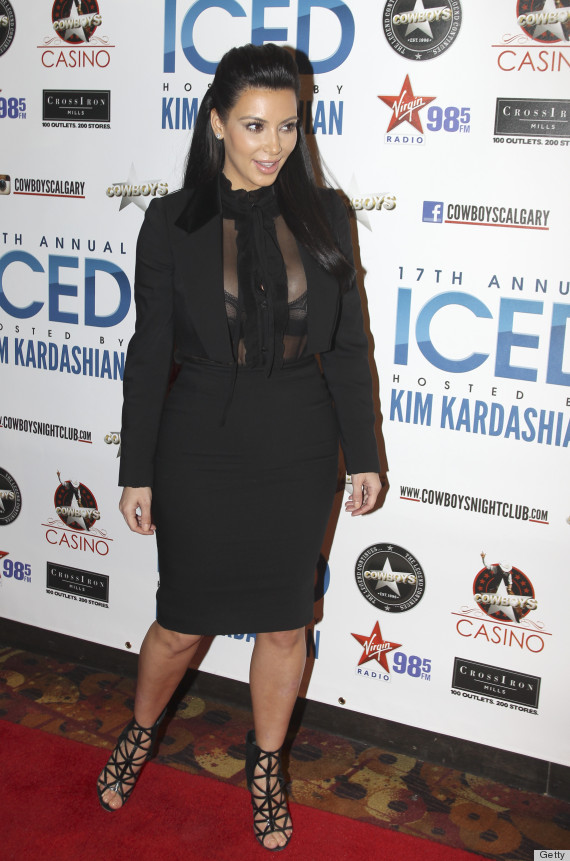 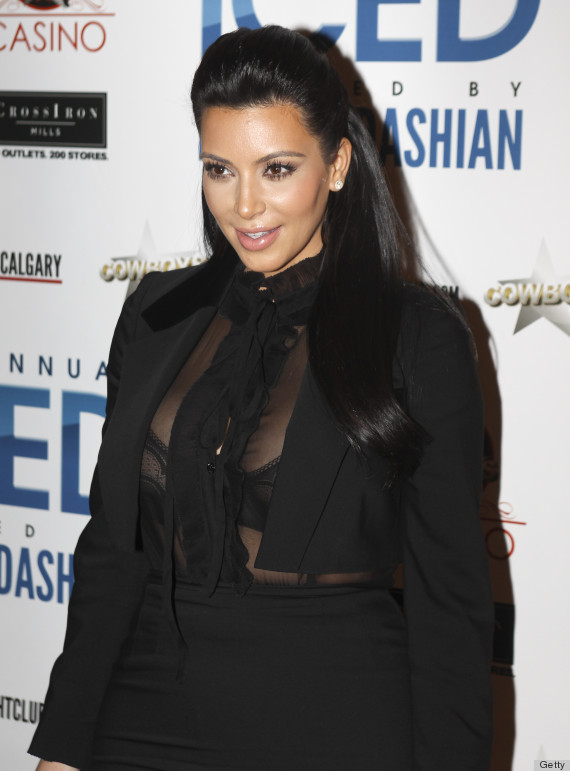