Kanye West may have some explaining to do since news of a sex tape has made the media rounds, but we're a little more concerned with getting his girlfriend Kim Kardashian to explain her latest outfit.

We've generally been fans of Kim's Kanye-influenced style, but we think she might have veered a little strange with this Vera Wang number. We loved the sleeveless peplum jacket, shades and sleek ponytail. We even liked the peep-toe booties (at least more than we liked her strange fold over wedge boot-things), but we were totally caught off-guard at the sight of a modern adult woman wearing -- wait for it -- a skort.

Yes, a skort -- as in, those bottoms that feature a skirt in the front and shorts in the back. And rather than wearing it on a playground in the '90s like the rest of us, the 31-year-old reality star chose to wear her version of the garment in suit form while shopping in Miami yesterday.

We can't say we're fans of the look (just imagine the strange webbing effect that will happen from the front every time she takes a step), but would you wear a skort? Check out the photos and tell us what you think. 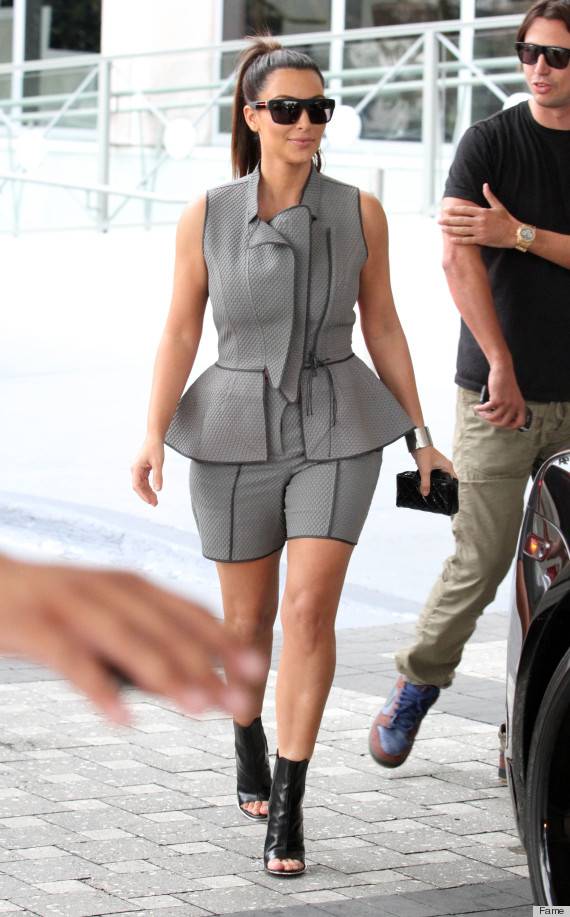 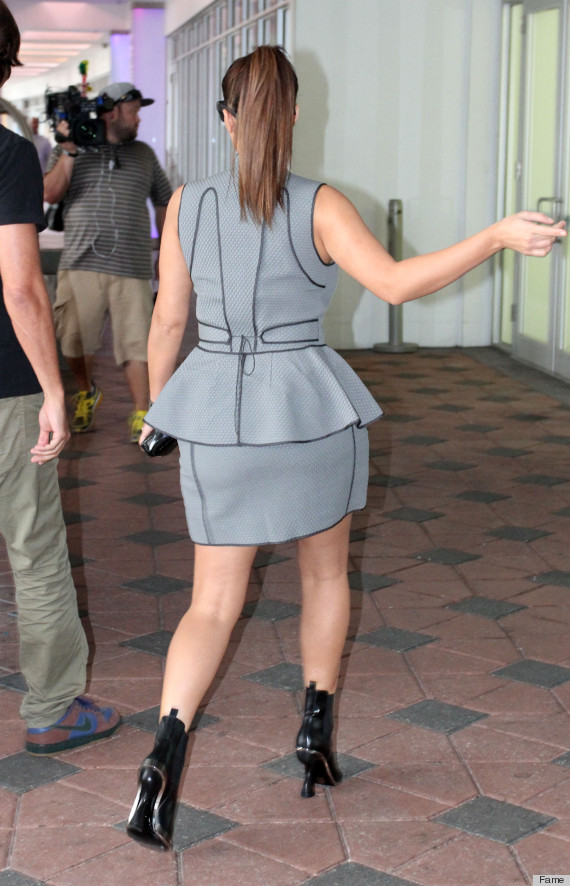