Kardashian arrived at the show in a chauffeured car along with Kanye West and Kris Jenner. The vehicle was surrounded by hundreds of photographers and onlookers waiting to catch a glimpse of the stars. After she exited the right-side passenger door, Kardashian was tackled by someone from her right side, according to video obtained by TMZ.

In the chaotic footage, Jenner yells "Stop it!" and someone says "Oh my God." A security guard grabbed the reality star as other security personnel intervened. Kardashian, Jenner and West were then escorted away. 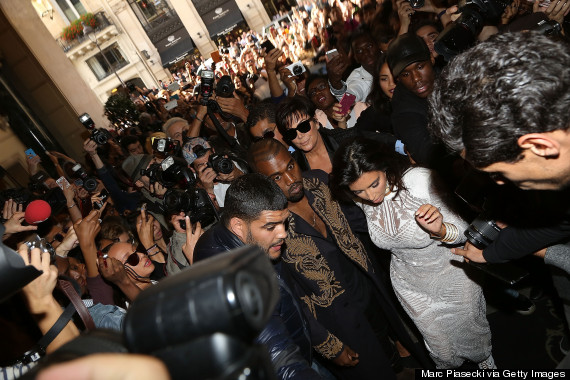 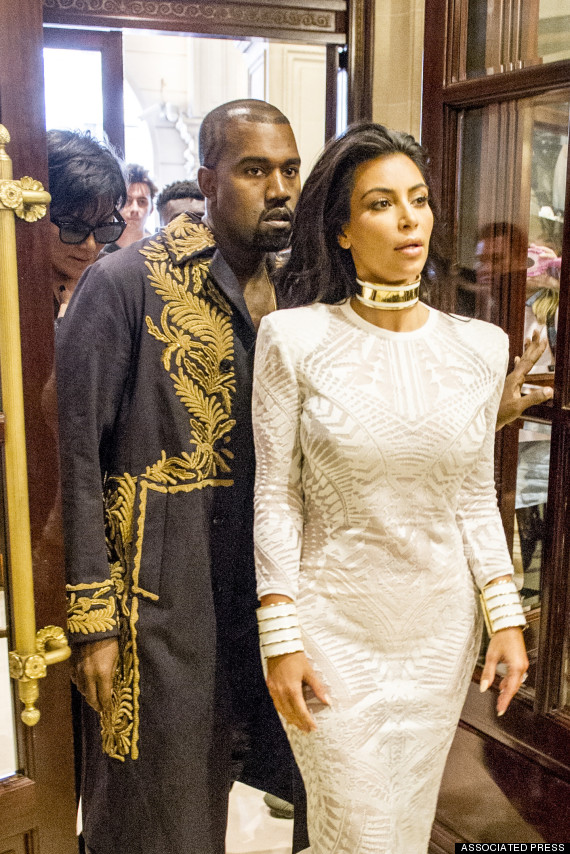 Sediuk claimed responsibility for the act via his representative in a statement to TheWrap.

"I hope Kim is ok and won't be mad at me as I didn't mean any harm," he told the Daily Mail. "Kanye is one lucky man as Kim is a goddess!"

The Ukrainian prankster has made headlines for his antics in the past. In May, he punched Brad Pitt in the face on the "Maleficent" red carpet and was later sentenced to 20 days of community service and a $200 fine. The same month he ambushed America Ferrera on the red carpet, crawling under her gown at the Cannes Film Festival.

As for Kardashian, she made it into the Balmain show in time to watch sister Kendall walk the runway.