JERUSALEM (AP) — An Israeli ultra-Orthodox Jewish news website has cut Kim Kardashian — one of the world's most photographed women — from a photo taken of her in Jerusalem this week.

The original photo of Kardashian, her husband Kanye West and Jerusalem's Mayor Nir Barkat was altered to put Kardashian behind a restaurant receipt. Kardashian was blurred in another. 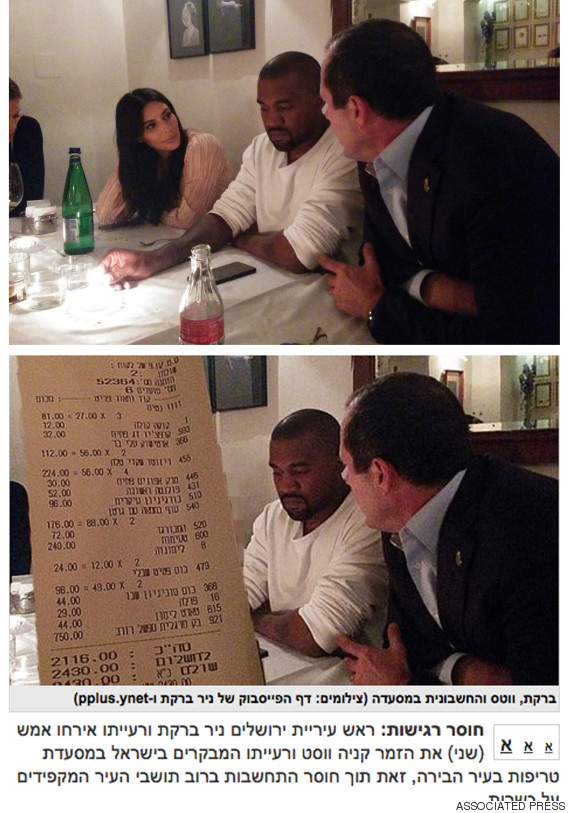 Nissim Ben Haim, an editor at the Kikar HaShabbat website, said Wednesday they removed Kardashian because she is a "pornographic symbol" who contradicts ultra-Orthodox values.

In an article chiding Barkat for dining with them at a non-kosher restaurant, Kardashian was referred to as "West's wife."

Within the insular Ultra-Orthodox community, pictures of women often aren't shown out of modesty. In January, an ultra-Orthodox newspaper removed German chancellor Angela Merkel from a photo.

1 / 10
Beruriah (Second-century Palestine)
The only woman in the Talmud who is both a teacher and a source of Jewish law.
HebrewBooks.org