She's everywhere and people can't seem to get enough of her, but people love to hate her as well.

Despite having more than 10 million Twitter followers, Kim Kardashian is not as popular as you might think.

Kim was actually just voted "most annoying celebrity" in Parade magazine's 2011 Culture Poll, with 29 percent of the vote.

The reality star whose August wedding to basketball player Kris Humphries will be televised in October won the title of most annoying, beating out Charlie Sheen with 27 percent, Snooki at 21 percent, Lindsay Lohan at 16 percent, Donald Trump at 5 percent and "The Bachelor" from season 11, Brad Womack with 1 percent of the vote.

It is not the first time the public has expressed their distaste for Kim, according to a poll of 2,000 Americans taken last month, the reality star was voted 7th least popular celebrity.

But does Kim care what you think of her?

Well, on tonight's episode of the CW's "H8R,"the 30-year-old will confront a women who openly hates her and then spends the day hanging out with her, hoping the hater will change her mind. 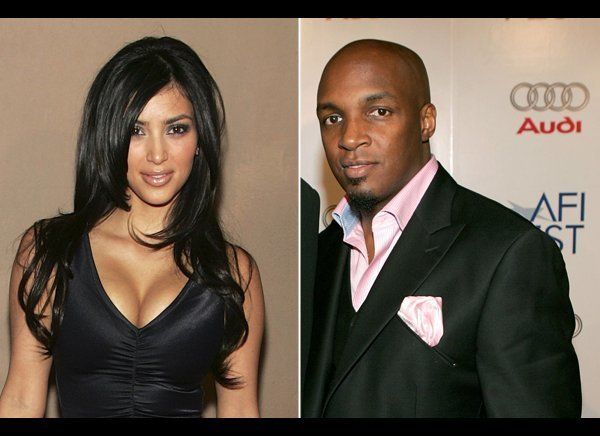 1 / 9
Damon Thomas
Kardashian may be walking down the aisle on August 20, but it's not the first time she's been a wife. The reality star married 30-year-old music producer Damon Thomas in 2000 when she was just 20 years old. Their love wasn't meant to last, however, and the couple split in 2004. In 2010, their divorce papers were <a href="https://www.huffpost.com/entry/kim-kardashians-ex-damon_n_563949" target="_hplink">leaked to the press</a>, revealing Kardashian claimed Thomas was physically abusive toward her. Thomas denied the allegations and <a href="https://www.huffpost.com/entry/kim-kardashians-ex-damon_n_563949" target="_hplink">responded with a press release</a> where he called her a fame-loving liar.
Getty