It's official: Kim Kardashian and Kanye West are married! And, Kardashian looked absolutely stunning as she wed the man of her dreams at Florence's 16th-century Forte di Belvedere on Saturday, May 24.

Reports swirled earlier this week claiming Kardashian was set to wear a Vera Wang gown, after donning not one, not two, but three of the designer's creations for her wedding to Kris Humphries back in 2011. But alas, Kardashian chose Givenchy, despite the fact that Wang said her bridal look would be "a momentous fashion statement."

"I think that for a bride it's about how you feel most confident and that's the most important thing," Wang told Us Weekly earlier this month. "I'd like to see Kim wear whatever really, really makes her happy." 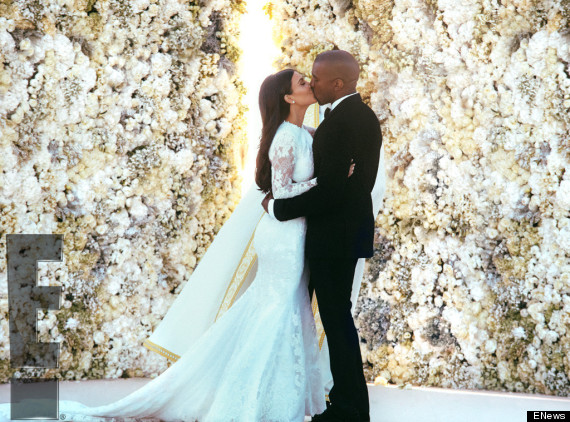