Kim Kardashian gave her nearly 4.5 million Twitter followers a sneak peek of her 2011 calendar by making her background and avatar a photo from the shoot.

Lying on her back, oiled up and in bikini, Kardashian looks ready for summer. The picture was titled "June."

But it was a short-lived preview she claimed, tweeting,

new twitter background...its a sneak peak from an upcoming calendar shoot...it will be up only for one night!

Kim has a history of tweeting suggestive photos. 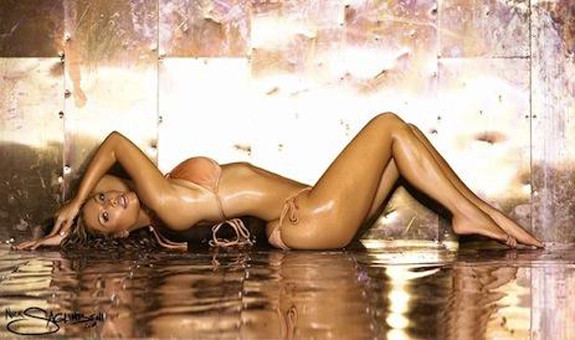