NEW YORK — Three of the seven NYPD bullets that killed a 16-year-old boy over the weekend entered through his back, an autopsy found, according to the city's medical examiner.

Kimani Gray was standing with a group of friends after a party on East 52nd Street in East Flatbush Saturday when he allegedly pointed a .38-caliber Rohm's Industry revolver at two plainclothes officers. Police opened fire, striking him seven times, according to autopsy reports.

Witnesses and relatives disputed police reports that Gray was armed, including Tishana King, who told the Daily News that he had his hands out when he was shot.

It was unclear the order in which the bullets struck Gray's body.

Gray's death sparked a violent clash between police and local residents, who marched on the streets Monday night, tossing bottles at cops and looting local businesses, including a Rite Aid.

A vigil the following night, which Gray's family asked to be postponed in the wake of the violence, was without incident. Another vigil is expected to take place Wednesday night with the family in attendance, organizers said.

The family of the slain teen has reached out to known police brutality attorney Sandy Rubenstein, his partner Scott Raynecki said, adding that they are still only in preliminary talks and nothing has been set in stone.

"We have been contacted," Raynecki said. "At this point, I can't give you any specifics." 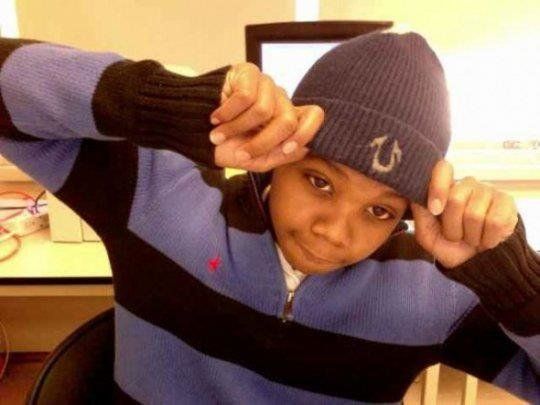