Who knew a company that makes snack bars would spur so many people to kindness?

For the past decade, Kind -- yup, we're talking about the snack bar company with the happy name -- has encouraged people to perform small acts of kindness in something it calls the "Kind Movement." In 2011, the company began tracking the acts inspired by its mission, a representative from Kind told The Huffington Post in an email. The company just hit 1 million acts of kindness -- appropriately a day before March 20, the International Day of Happiness -- according to a press release. 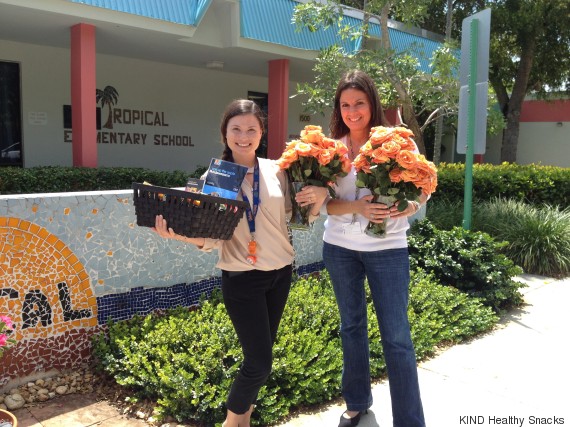 The company's team members have been taking note of kind acts performed, facilitated or celebrated as part of the movement.

They also track the people involved in their "Kind Causes" program. As part of the program, every month, people submit causes they're passionate about to the company's website, while others vote for the cause that resonates with them. The cause with the most votes then gets a $10,000 grant from Kind.

The acts tracked by Kind have included things like delivering coats to homeless people, shoveling strangers’ driveways during snowstorms and creating care packages for soldiers overseas. 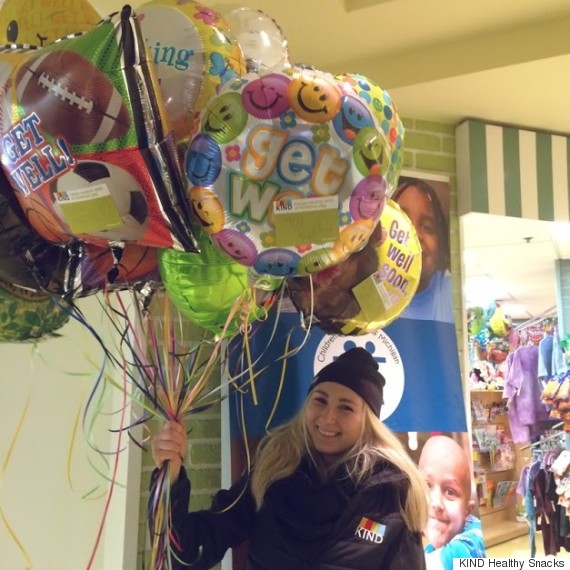 The KIND team brings balloons to kids in a Detroit hospital.

Hitting the 1 million mark is a milestone for the company, but Kind Founder Daniel Lubetzky wrote in his book, "Do The Kind Thing," that the idea started small.

“In the beginning, we would do unexpected kind acts for people, like carrying their groceries or holding umbrellas over them as they walked in the rain," Lubetzky wrote. "But the light bulb came on when we realized that our community could be challenged to join us in our journey ... Soon after, we made them the protagonists and started seeking more creative ways to energize people to do good.”