Certain life factors make a big difference for students as they start their first year of school.

A new analysis from Sesame Workshop, the nonprofit group behind Sesame Street, looked at how
four risk factors impacted the abilities of kindergarten students
right as they entered school. The risk factors included whether:

The analysis looked at data from The Early Childhood Longitudinal Study, Kindergarten Class of 2010-11. The study, which was funded by the Department of Education, followed a nationally representative sample of 18,000 kindergarteners -- "both children in kindergarten for the first time and kindergarten repeaters" -- though fifth grade.

Of the 15,000 students who had entered kindergarten for the first time, Sesame Workshop found that 44 percent had one or more risk factor. Perhaps unsurprisingly, the more risk factors a child had, the worse he or she did in math and reading school readiness assessments, as shown in graphs from the report (see below).

IRT stands for item response theory scale score, which measured a students math and reading ability on the direct assessments. 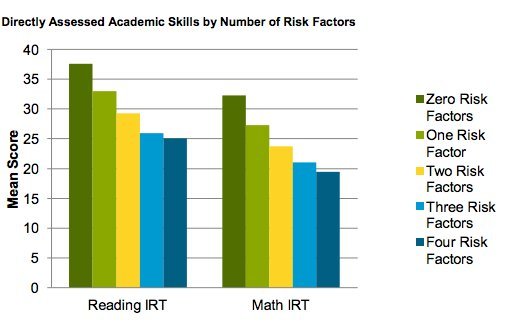 Children with more risk factors also did worse on tasks that measured memory. 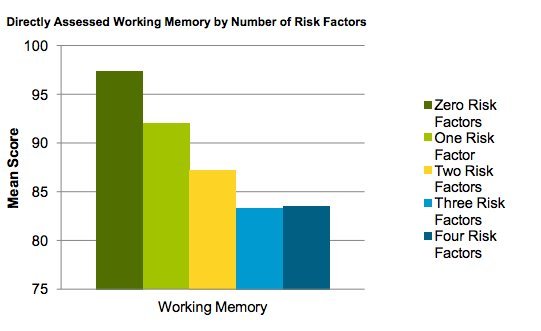 And finally, according to teacher reports, students with more risk factors were less ready for kindergarten. 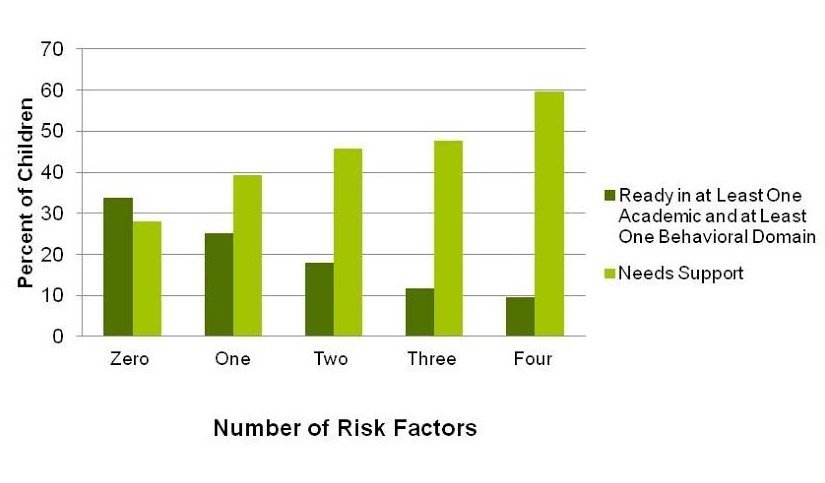 The analysis found that students who had all four risk factors -- dubbed high-risk children -- were almost a year behind their risk factor-free peers in reading and math.

"To catch up, high-risk children would need to make almost twice as much progress during kindergarten as low-risk children," the study said.

Still, students with these risk factors are often concentrated in the same classrooms. Other reports that have analyzed the same data have noted that kindergarten classrooms are largely segregated by race and poverty.