On Wednesday, Amazon made their first entry into the tablet race with the launch of the Kindle Fire. Amazon already cornered the market on digital reading with their Kindle e-readers, and the content-focused Fire could prove a major threat to the king of tablets, the Apple iPad.

Fire users will have access to Amazon's bevy of media products including books, music, movies, apps, games, and a virtual newsstand. The Fire will even remember where the user left off in a book or movie and automatically go to that spot the next time the user wants to read or watch.

But does this all mean that the WiFi-only Fire is better than the plethora of available Android tablets? And can it really compare to the iPad? Some iPad owners note the attractiveness of the Kindle Fire's price tag, which is less than half of the iPad's price tag; though others seem more convinced that the Kindle Fire can't burn the mighty Apple tablet.

Check out the infographic below to see how Amazon's tablet stacks up against the iPad and the Android-powered Samsung Galaxy Tab 10.1. Then, take a look at the 6 things the Kindle Fire has that the iPad doesn't, as well as 9 big things you need to know about the new tablet. 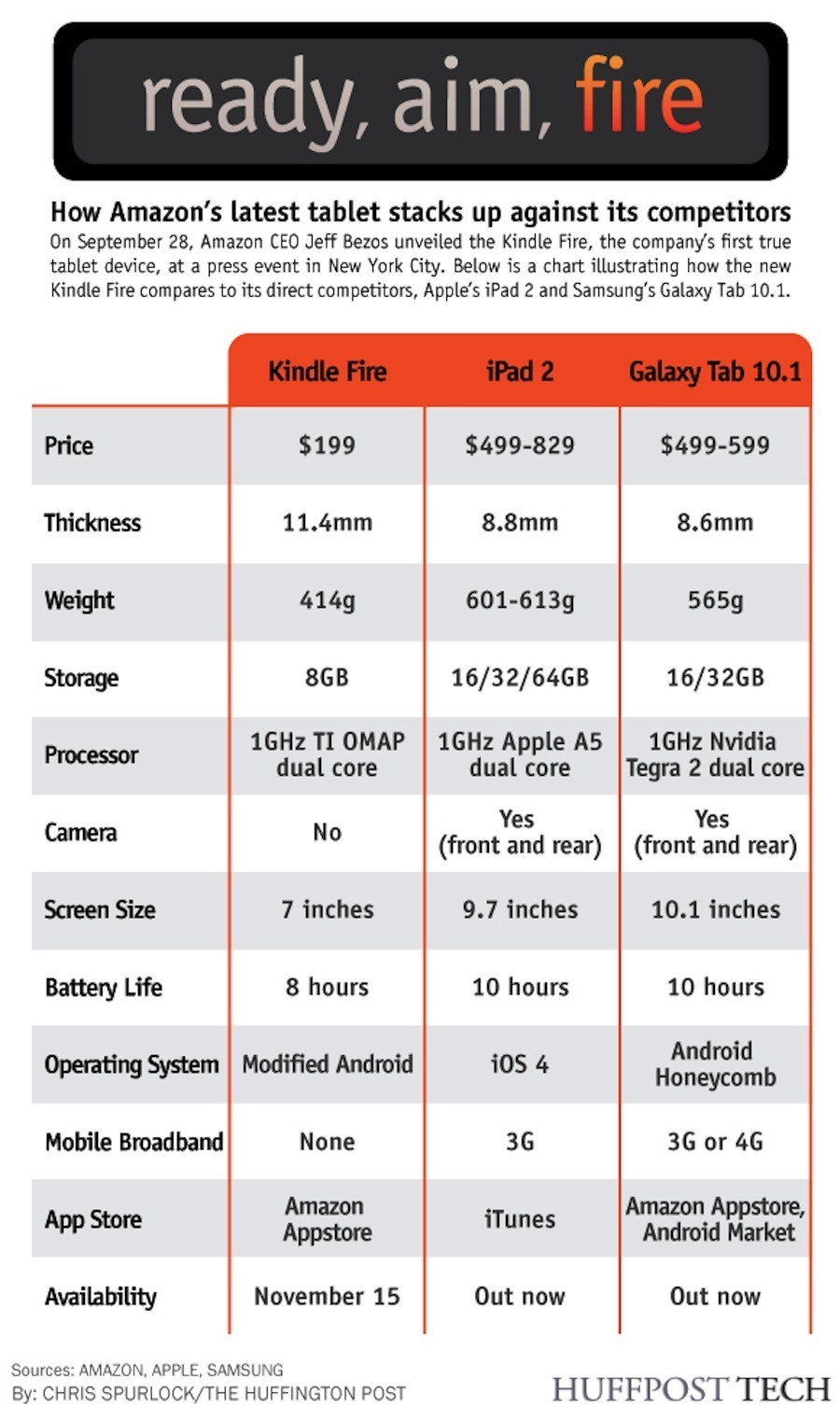