2011 marks the 400th anniversary of The King James Bible. As English speaking people around the world celebrate this remarkable and sacred book, a new documentary called Fires of Faith sheds light on the history and influence of the King James Bible, which continues to be one of the most popular translations of the Bible 400 years after its inception.

Author and HuffPost blogger Jon Sweeney literally wrote the book on King James Bible called "Verily, Verily: The KJV - 400 Years of Influence and Beauty". In an article about the King James Bible in The Huffington Post, Sweeny cleared up some misconceptions about the most famous English translation of the Bible. Sweeney writes:

There are, however, several popular, mistaken notions about this book. First of all, it was not the first English translation of the Bible. Several came before it, including a famous one by a guy named Wycliffe and another by a man who was burnt at the stake for translating the Bible into the vernacular, Tyndale.

Second, King James did none of the work. He appointed someone who then assembled a series of translation committees made up of scholars and poets who did the work.

Third, there is no record of King James ever actually authorizing the KJV for use in the churches of England once it was completed, making it all the more odd that the KJV is also often referred to as the "Authorized Version." That's what my grandfathers called it.

The King James Bible greatly influenced the English language including these phrases:

• Let there be light • Land of the living • Wolf in sheep's clothing • Am I my brother’s keeper? • Letter of the law • The writing on the wall • Know them by their fruits • Cast the first stone • Good Samaritan • How are the mighty fallen • Twinkling of an eye • Skin of his teeth • Stumbling stone • Leopard change his spots? • Judge not lest you be judged • Heart’s desire • Rod of discipline • Thorn in my side • Fly in the ointment • Blind leading the blind • Fall from grace • Tree of life •Peace offering • Seek and you shall find • Two-edged sword • Sour grapes • Salt of the earth • Cup of wrath • Broken heart

WATCH: A clip from the upcoming documentary: Fires of Faith 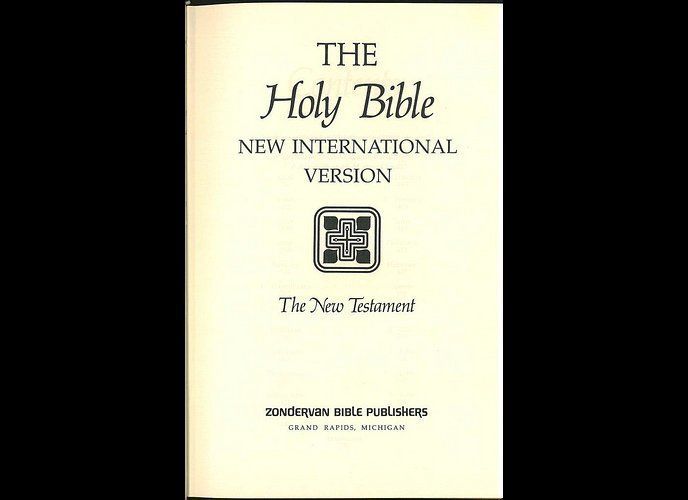