An international team of researchers studying King Tutankhamun are reporting some surprising new discoveries about the ancient boy king.

The scientists say that a 'virtual autopsy' of Tut -- essentially a close analysis of a life-size image of the king made from more than 2,000 CT scans of his mummified remains -- shows that he had buck teeth and a club foot as well as a girlish figure.

The findings, featured in a new BBC One documentary entitled "Tutankhamun: The Truth Uncovered," suggest a new explanation for King Tut's mysterious death. 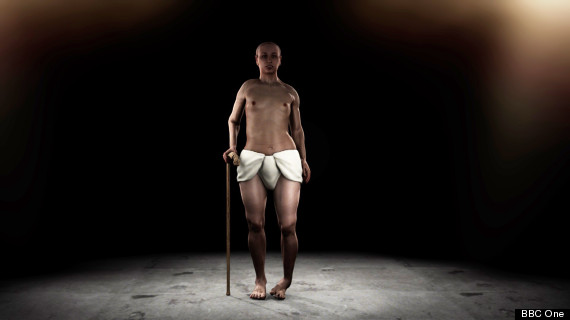 A digital depiction of King Tut, showing his feminine appearance. 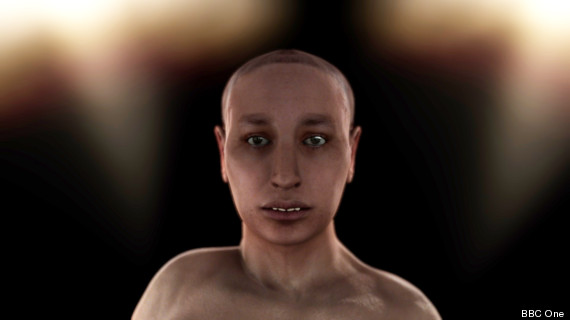 A digital depiction of King Tut, showing his severe overbite.

Gayle Gibson, an Egyptologist who teaches at the Royal Ontario Museum and a contributor to the documentary, told The Huffington Post that the new findings cast doubt on a popular theory that the young pharaoh rode in chariots and died in a crash. Tut's foot deformity would have made it likely that he walked with a limp and used a cane. That would have made it unlikely that he rode in chariots.

Another contributor to the BBC One documentary agreed with that assessment.

"The evaluation of the CT scans clearly points out that it is highly unlikely that he was riding a chariot due to his foot disease and his general bad health," Dr. Albert Zink of the Institute for Mummies and the Iceman in Bolzano, Italy, told HuffPost. "Therefore it is unlikely that he had an accident while riding the chariot. [His remains show] a fracture at the left knee that didn't show any signs of healing, but this could be the result of a simple fall and is not typical for a 'car' crash."

The new research also included a genetic analysis of Tut's remains. It confirmed previous research suggesting that Tut's parents were probably brother and sister -- a pairing that could have contributed to his anatomy and explained the knee injury.

"Some of [Tut's male ancestors] suffered from feminizing features of enlarged breasts and wide hips, according to artistic and sculptural sources, whilst some of his ancestors may also have suffered from likely neurological symptoms," Hutan Ashrafian, a clinical lecturer in the Department of Surgery & Cancer at the Imperial College London, told HuffPost. "These point to the possibility of an inherited cause of death that may have led to a hormonal imbalance resulting in these feminized features, but also an increased likelihood of fractures derived from nascent disease."

"Tutankhamun: The Truth Uncovered" airs on BBC One on Sunday, Oct. 26.