It's being hailed as the potential "discovery of the century" -- and it hasn't even been discovered yet.

Newly released data from radar scans of King Tutankhamun’s tomb find that not only are there secret chambers likely hidden behind the walls, but objects in them as well. The radar scans reveal "metal" and "organic materials," according to Egyptian officials speaking at a news conference in Cairo on Thursday.

It's far too early to say if "metals" means a long-lost treasure and if "organic materials" indicates a mummy or mummies, but Egyptian officials, hoping for a much-needed tourism boost, are excited by the possibility.

"It could be the discovery of the century,” Mamdouh Eldamaty, the Egyptian antiquities minister, said in a news story from National Geographic, which also released images from the tomb:

The new revelations offer more support for the theory that launched the experiments in the first place.

Last summer, Egyptologist Nicholas Reeves of the University of Arizona made international headlines when he said he found evidence that the walls of the tomb had been patched over in two places, as if entrances to other chambers had been covered up.

He made the discovery not in the 3,300-year-old tomb itself, which is located in the Valley of the Kings, but by examining high-resolution scans of the wall made by Factum Arte.

Later, an on-site inspection of the tomb with Egyptian officials also revealed signs of the ancient cover-up, and in November a radar specialist scanned the walls and found what he called "an entrance to something" hidden within.

"It’s very obvious that this is something," Hirokatsu Watanabe told NatGeo at the time. "It’s very deep."

Reeves believes the hidden chamber is the long-lost final resting place of Queen Nefertiti -- and that if she's in there, the chamber and its treasures have likely been untouched by grave robbers.

Not everyone is sold on this idea, however.

"There is not a 1 percent chance Reeves' theory is correct," Zahi Hawass, the country's former antiquities minister, told the Telegraph in December.

“Mr Reeves sold the air to us," he was quoted as saying. "I confirm that there is nothing at all behind the wall."

In addition, Live Science reports that the Valley of the Kings is notorious for tripping up radar readings with false positives that look like walls and tombs.

"There are fissures, seams of chert and gypsum, and voids in the bedrock known as karsts," radar specialist Glen Dash said, according to the website. "They are so common that there was really no place in the Valley that we did not encounter them."

But experts who've reviewed the scans say the data is solid.

Remy Hiramoto, a specialist in semiconductors and microelectronics, told National Geographic that there's "a non-natural occurring chamber or cavity on the other side of that wall."

"Based on the signatures that are in the data, there’s a void, and there’s definitely something that’s within the void," he said. "There’s something in there."

A National Geographic team will perform a second set of scans in the tomb later this month. Eldamaty, the antiquities minister, will then have to decide what to do next.

The problem with reaching whatever is on the other side of the wall is that the wall itself is a priceless work of art.

Last year, Eldamaty told National Geographic that they may be able to drill a small hole in a nearby wall and send a camera through -- but if it reveals artifacts, getting access to them won't be easy and may even involve removing the entire painted wall in Tut's tomb.

The next news conference is scheduled for April 1. 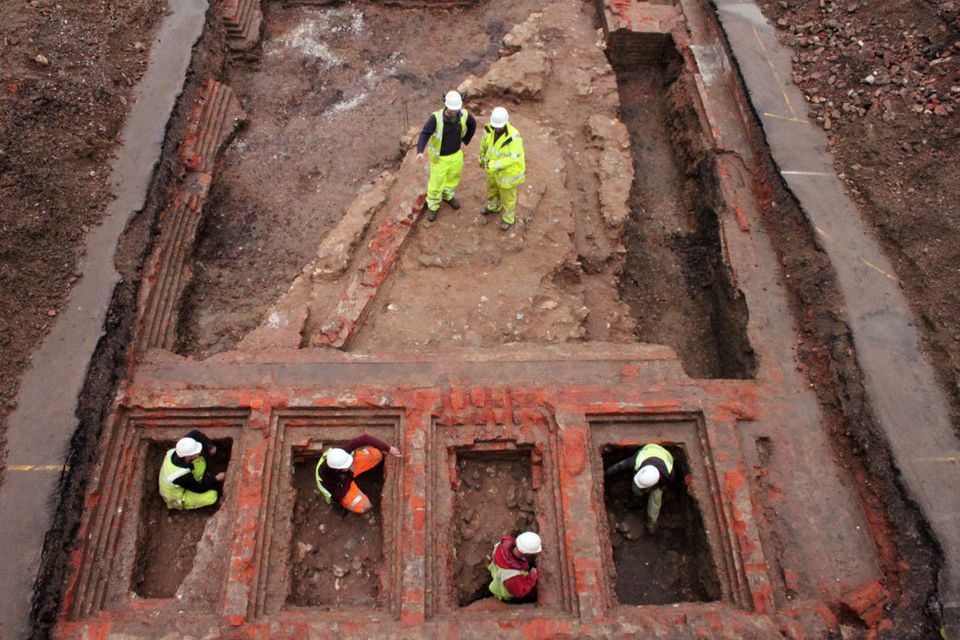