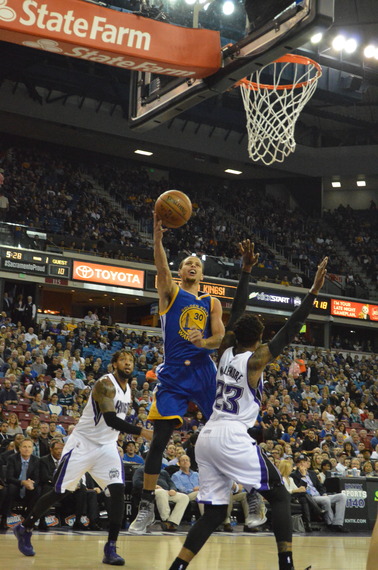 Another disappointing night and the frustration continues to mount. After a strong start, the Kings had no answer to the best team in the Western Conference. The Warriors swept the season series for the second straight season after they beat Sacramento 121-96 last night at Sleep Train Arena.

The Kings spent majority of the game digging themselves out of a hole dug too deep. They had a brief comeback in the third when they trimmed the lead to 12 after being down by 21. But Stephen Curry hit a 3-point shot to end the period. After that, the Warriors sailed in the fourth.

"Basically, their bench came in and did a great job," DeMarcus Cousins said. "They pushed the game ahead and made it tough for our whole team."

Sacramento was out rebounded and outscored by Golden State's bench 61-12. The Warriors are 22-0 when their bench outscores the opponent's bench. The Kings were helpless against a full squad and a team that shared the ball to combine for 33 assists and 11 turnovers.

"We're deep and we have guys that share the ball," said Curry. "One through five positions we're hard to beat and that's big."

"I love the box score," Golden State's head coach Steve Kerr said. "I love having a lot of different guys scoring and not having all the points concentrated on a few guys. It just makes us hard to guard."

Sacramento only lead in the first quarter, but went scoreless for almost seven minutes when the Warriors went on a 23-0 run. The Kings went cold and found themselves in a familiar place of fighting to get back in the game. All-Star Cousins finished with 26 points and 11 rebounds.

"Well, we fought back after being down 21 at halftime," said Kings head coach Ty Corbin. "I thought we had some momentum going into the third but then the fourth we just couldn't get over the hump." 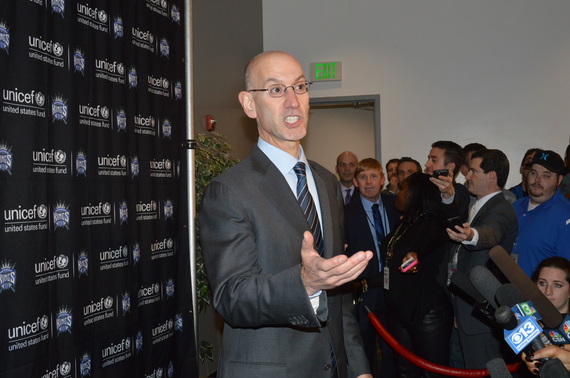 All was not lost for the fanfare at Sleep Train. Rapper Flo Rida performed at halftime along with the Sacramento dancers. And NBA Commissioner Adam Silver made an appearance while addressing the media after getting a tour of the new arena downtown, slated to open for the 2016-17 season.

"I remember the presentation that (principle owner) Vivek Ranadive and his partners made to our board of governors, and they pulled out the iPad demonstration, and there it is," Silver said. "I was moved to see that it's actually happening."