A married South Carolina teacher was arrested on Friday, suspected of having a sexual affair with a 17-year-old student at her home.

Kinsley Wentzky, 34, was charged with sexual battery after investigators in the city of Columbia learned that she had allegedly brought a male home with her and had sex with him on several occasions, according to The State.

The unidentified student gave a sworn statement to police detailing the relationship, although few of those details have been released. Wentzky reportedly knew the boy from Dreher High School where she has taught honors English classes for seven years, according to a police report obtained by WACH. The alleged assault had been taking place since May, 2012.

Columbia Police issued an arrest warrant for Wentzky after a parent of the student reported the relationship, according to WIS.

On Wentzky's class webpage -- which was featured on the school's website but taken down after the allegations -- she identified herself as "happily married" with two children. Her husband, Charlie, is the A.C. Flora High School athletic director.

She's currently on paid administrative leave pending the outcome of her case. 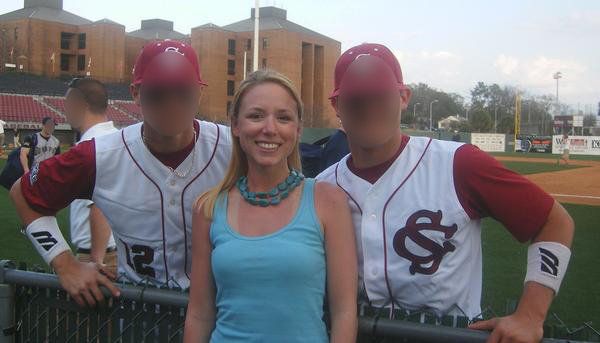