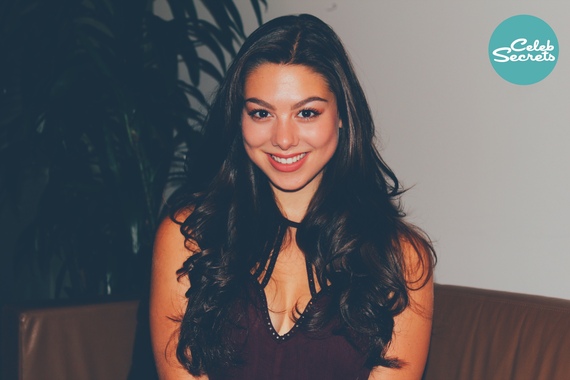 Can you believe it was three years ago when our friends at Celeb Secrets visited the set of Nickelodeon's The Thundermans?

A lot has changed since then. The show is now filming its fourth season, had many celebrity guest stars, and even a cross-over episode with Henry Danger. The cast has also really grown up since the premiere episode.

Kira Kosarin, who plays Phoebe Thunderman on the show, first booked the role at 14-years-old. At 18, Kira is now a poised and intelligent young lady. It didn't come easy, and Celeb Secrets wants to know how she pulled off being a successful actress, the valedictorian of her graduating class, AND an acceptance into STANFORD University all at the same time. Talk about goals.

Earlier this summer, they had the opportunity to meet with Kira on a sunny Saturday in West Hollywood. This was their most in-depth interview with the Nickelodeon star to date. Kosarin told Celeb Secrets exclusively about how she's grown since booking the role as Phoebe, how she juggled studying and acting, and even gave her 14-year-old self some wise words of wisdom that all girls should apply to their own lives. Although not attending college this year due to her career, Kira told them about the decision to turn down Stanford for UCLA and what she's looking forward to most about college. Make sure to watch the full video below.

Keep up with Kira and all of her accomplishments by following her on Twitter at @kirakosarin.

This post, written by Juliet Schroder, originally appears on Celeb Secrets and can be viewed here.